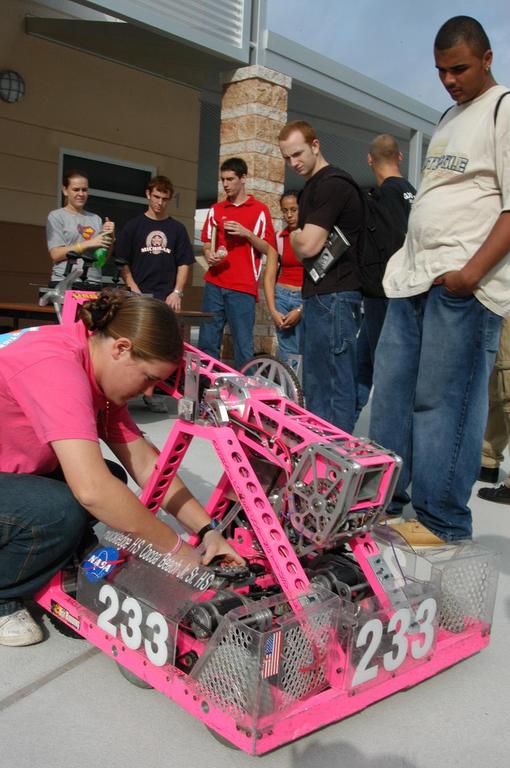 Today we pulled out all the stops to make sure every student in the school knows that the school has a robotics team. Many times I’ve heard the sentence “I didn’t even know we had a team” even after build season is over. Today we took measures to make sure we get those students who have the possibility of being members. Signs were hung all over the school saying to “Join the Robotics Team,” it was cleared today to show a robotics clip over the announcements, and most importantly, team 233 graciously came to our school to do a demo in the courtyard during lunch. They ran their robot around during both lunch periods, and gave a demo to one of the engineering classes. The class is now offering extra credit to those who join. Also word is starting to spread to the elementary and middle schools that Lego leagues exist.

We expect a rise in members before build season. A HUGE thanks over to team 233 for going to the trouble to do a demo for a team that doesn’t a robot of their own (yet) to run!