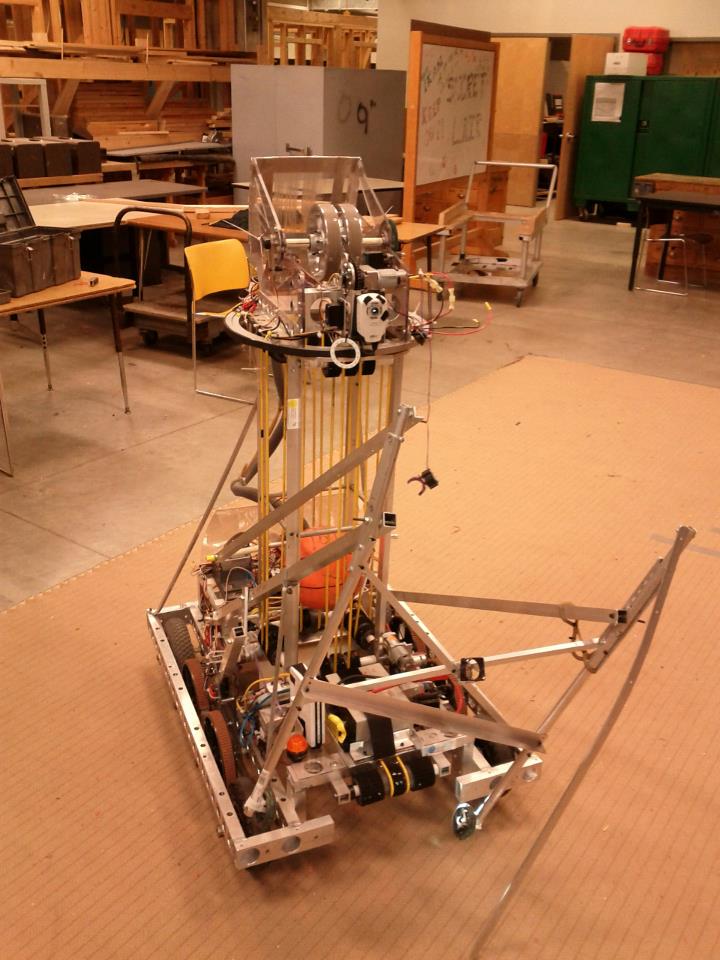 Like most teams, 1675 is hard at work tweaking, upgrading, repairing, and generally getting ready for MARC and other offseason events. However, having the backboards come crashing down on your robot presents a completely new set of problems…thankfully the shooter was not damaged. Only the cooling fans on the heat sinks for the shooter motor were destroyed as well as our bridge manipulator / stinger. =(
LeelandS May 19, 2012, 9:19am #2

Ouch… A tear is shed for the UPS robot

Hopefully you guys can get it back up to speed before MARC, and make the improvements you want! So… how did this happen? The backboards fell on your robot?!

Must have been the new hydraulics going up for a slam dunk pulling the backboards down!

^ That was what I thought when it happened - “Is this the equivalent of breaking the backboard after a dunk??”

Our backboards were just propped up against a wall, but while practicing, the fender was nudged while picking up a ball. That happens all the time, but nothing has ever fallen. Everyone was focused on the robot and then, what seemed like in slow motion, the boards just started to lean forward and then BAM - right on the robot! A little bit closer to the wall and it would have taken out the shooter and probably the tower as well. As it was, the edge of the backboard grazed the shooter motor, ripping off the heat-sinks and fans and being “caught” by the bridge arms.

One good thing about this - it ended the debate about whether to redesign the arms, leave them alone, ditch them, or other. Now we have a clean slate to work with and the ideas floating around right now look very promising. 1 month to go!