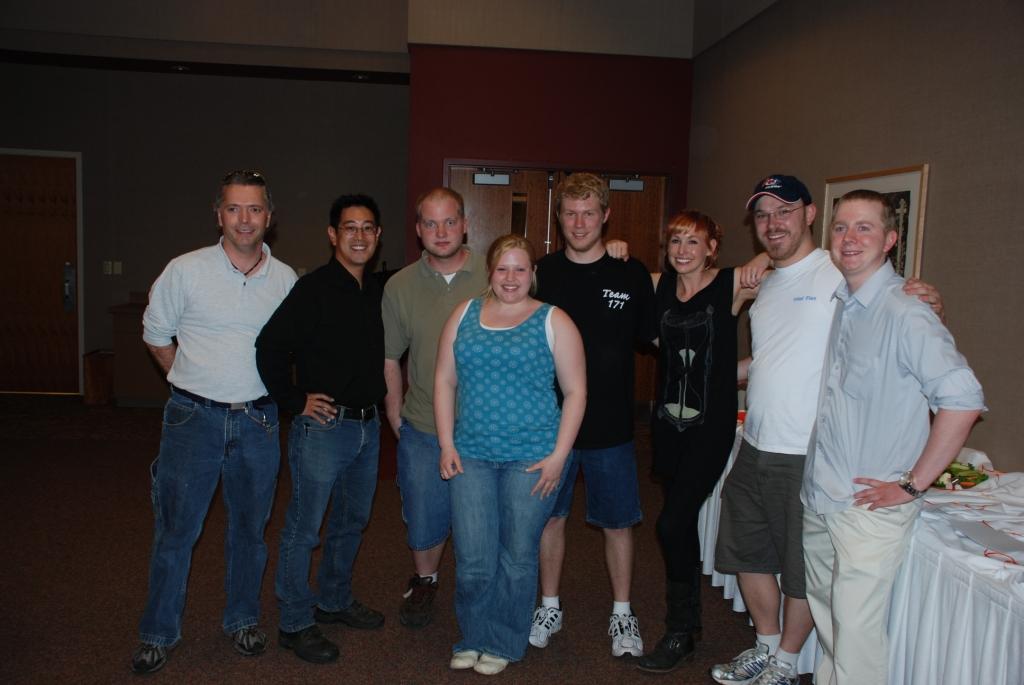 I wonder if Grant is still mentoring a FIRST team.

We asked him. He didn’t have the time to mentor a team this year. He was scheduled to be somewhere and meet people like us each and every weekend.

We asked him. He didn’t have the time to mentor a team this year. He was scheduled to be somewhere and meet people like us each and every weekend.

Aw, that’s too bad.
I’m sure he had alot of knowledge to share.
I guess it’s just as well to spread it around to the masses.

Jamie Hyneman and Adam Savage came to UF on Monday April 14th and were interviewed by a Physics teacher in the Stephen O’ Connell Center (our gym).

They are pretty cool guys, and funny too. Over 9,000 people showed up for the free event.

Everyone was hoping they were going to blow something up, they didn’t, but they did play some video clips that weren’t aired. One of which had Adam trying to make a flamethrower from farting. lol. Myth confirmed. “do not try this at home”

Jamie put an emphasis on that he wasn’t a scientist or engineer, but if he had to stop doing what he does today he would become an engineer. I was glad he talked about how there is a lack of appreciation for engineers and no one really realizes that they are behind how most things work in our communities. He gave examples such as plumbing and lighting and stuff.

Anyways, it was a good event, even with no explosions.

I have a Mythbusters shirt signed by Jamie, Adam, and Grant! now i just need Tory and Kari to sign it. i have pictures of them all signing it too!

Grant Imahara has helped out Team 841, the Biomechs out of Richmond, Ca, for many years.