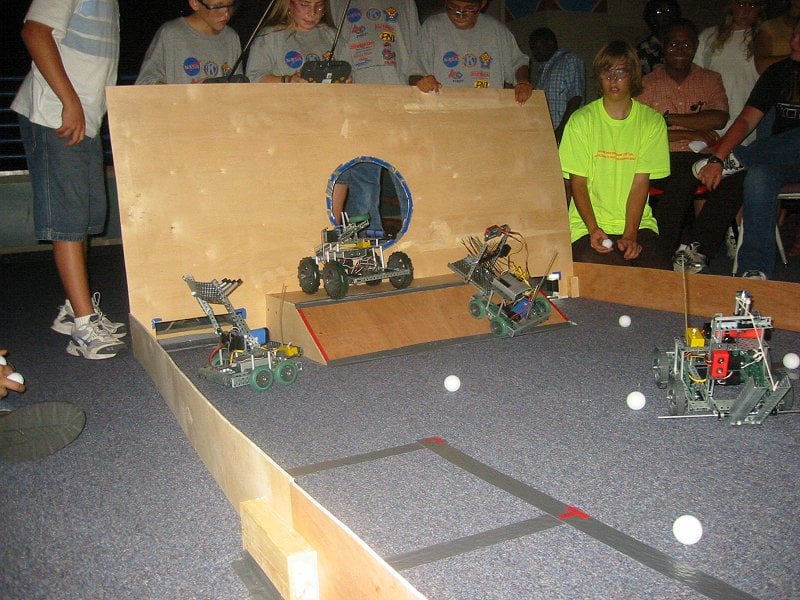 An action shot at team 1726’s advanced vex camp. Robots were given the task of scoring in three goals and parking on the ramp at the end of the game for bonus points (similar to “Aim High”). Unlike the last vex camp, teams were given the opportunity to use sensors and learn to program for an autonomous mode.
Joe_G July 15, 2007, 3:26pm #2

Cool. Did any robots attempt to shoot the balls into the high goal? If so, what was their success rate using the vex motors?

Unfortunately, none of the teams made a shooter, but there is a reason for that! It was pretty much every campee’s first time using vEx (1 or 2 have a kit), and they had 2 days to make a robot to score in the high goal and have an autonomous mode. Suffice to say, 2 or 3 teams out of 5 could score in the high goal with arms (the 2 robots on the ramp in the picture could score in hte high goal, the left one on the ramp almost scored all of their balls in the high goal in autonomous mode!) The camp was more of a “get kids interested in robotics at a younger age” sort of a thing.