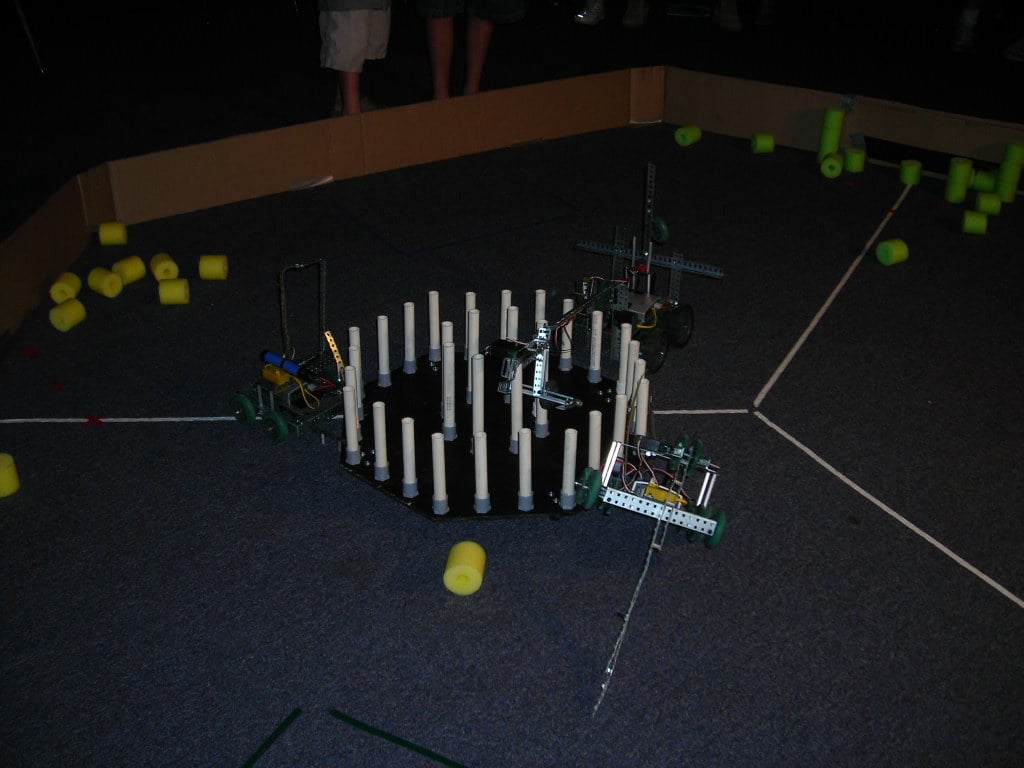 This is a pic of 3 teams duking it out in our student-made game for our 1st session of team 1726’s vEx camps. The pipe structure goal is mounted on casters, so it can easily move around the field. Three teams played free-for-all style for the most points by placing the pool noodle game pieces in the goal or in their home zone. The hexagonal field is also split into 3 pieces, so if a team manages to get the goal in their zone at the end of the match, an added 10 point bonus is given.

Overall, the camp was very successful (though we are still mourning over our slightly abused vex parts

). We are planning an advanced camp during the second week of july, which will include the programming and autonomous part of the game.

We do the same thing twice a year: one for our annual vex tournament, and one for our summer camp program. We design two games per year and have a lot of fun doing it. It keeps me in condition for the build season and also helps me come up with new ways of doing things when I help the students. All the students participating have a great time and pictures of our vex tournaments can be found at our website. We just completed the summer camp and hopefully we will get some pictures in soon. This summer I designed a game much like the 2003 FRC game where they push around blocks on top of a ramp. I think this is great and hopefully your team continues to inspire the younger students.