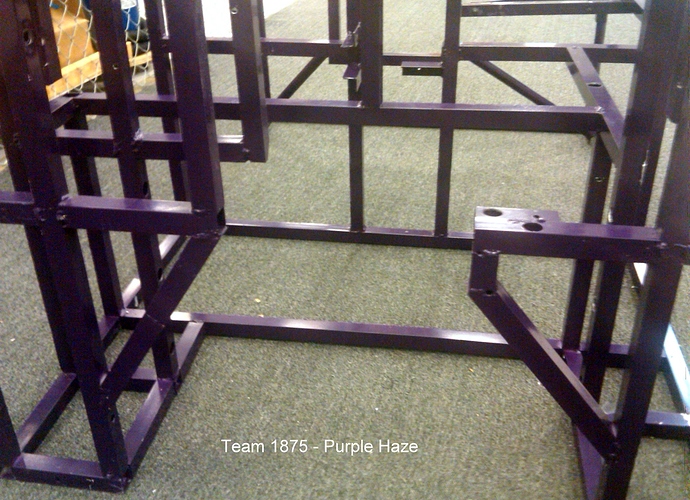 To me it looks like a frame that would be optimized for four (4) mecanum wheels, where that opening would be the side you draw in game pieces going sideways. Maybe the shooter or shooting mecanism would be for both directions. Long explanation short, I think that you have taken a picture of the “right” side of your robot, with the “left” on the other side…however, I do note that the wheel slots might not be big enough. But then again, this could only be the shooter component that might be bolted onto your robot drive base…

Part of a robot.

Its your frame laying on its side, the bottom of the picture is the opening for your ball collection?

What’s the cash value of a purple haze buck? Is the exchange rate about the same as unicorns to leperchauns?

or a robot frame facing down…

Part of a robot.

I would tend to agree. Although it would make one sick driver station!

Is it the frame of your 2012 robot being laid on its front face? :ahh:

Interesting how the frame isn’t symmetrical…Doesn’t look like you have a full 8" on each side, assuming that your using 1"x1" frame members.

Some of you are getting pretty close. The value of $1000 Purple Haze Bucks is currently fluctuating due to recent market trends.