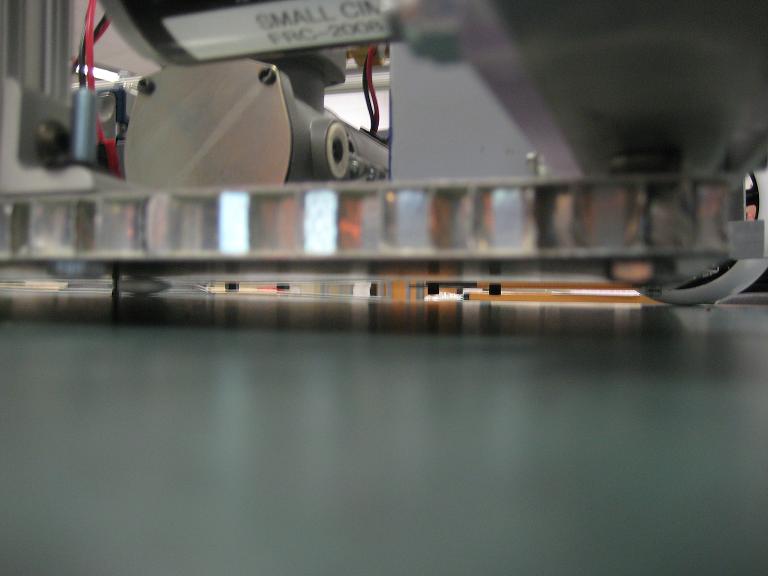 Oooooh. I wish we had the budget to use Honeycomb aluminum… That stuff is niiiiice!

how much would about 2ft^2 of that weigh? At that thickness. Thanks.

Is it just me, or are the wheels on the corners and 45˚ to the robot frame? I guess some form of the omniwheel omnidirection drive

Is it just me, or are the wheels on the corners and 45˚ to the robot frame? I guess some form of the omniwheel omnidirection drive

Looks like a good design to me! The only comment I have is that motor says FRC 2008 on it. Is that an old motor or am I reading it wrong?

Oooooh. I wish we had the budget to use Honeycomb aluminum… That stuff is niiiiice!

Honeycomb aluminum is really nice and expensive but well worth it our team used it on our 2007 ramp bot made the ramps very light and strong!!

1565 gets free honeycomb alumium from our sponser ATS… its wonderful stuff, pretty light and really strong. I like the low ground clearance on the bot too.

EDIT: on second thought… I just read who posted it. Jesse, please tell me you guys actually did it and can I have pictures?

I hope so lol. I would be so proud sniff

Aye, this is a Twitch 2.0 prototype (sans pistons)!

Actually we won’t name it ‘Twitch’ because that’s a 1565 trademark, but when we talk about the design, programming and controls we use ‘twitch’ as a verb every 10 seconds or so

As with any revision 2, there are upgrades and new problems, so we won’t realize the fun aspects until it’s fully functional. If everything stays on schedule, next weekend we’ll see it operating on near-identical conditions on an ice skating rink…

Any chance I can see what you did differently? (you already explained it in PM but a pic will be worth more than that lol.)

Pictures will come soon, very soon…and probably more on our website more than CD. We had to do some (seemingly) magical rearrangement to get the compressor, cRIO and battery to fit within the bottom area there. The CAD says that there’s still room for the pistons, but I’m always a bit antsy until I see something when it’s that close. :ahh: