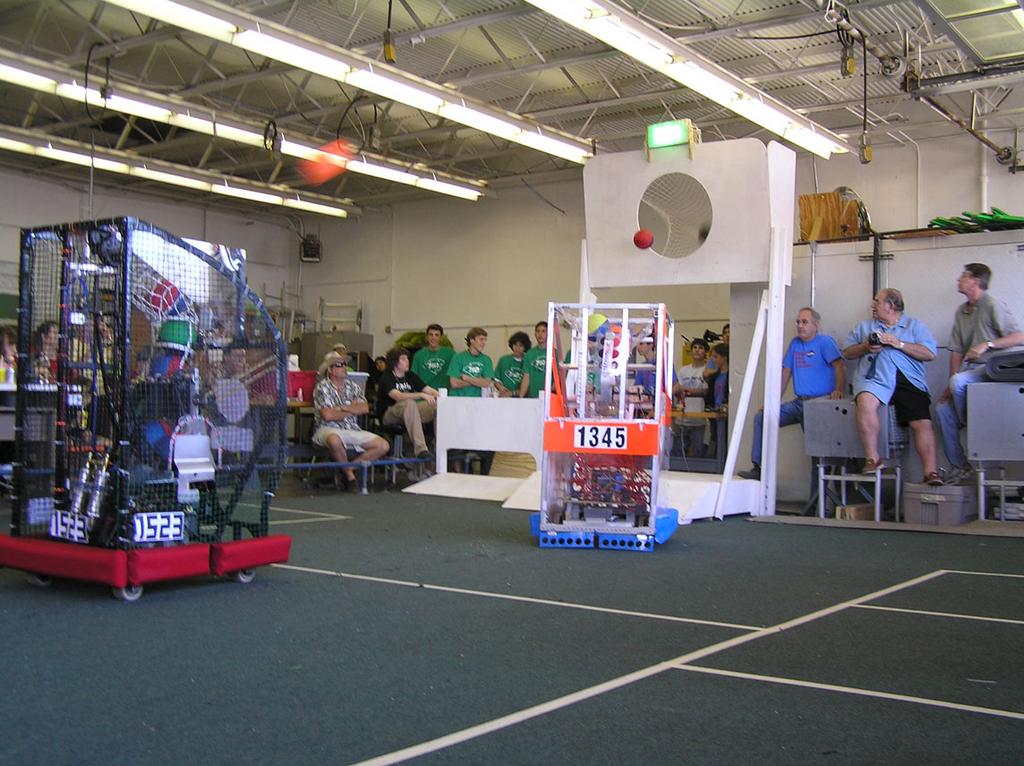 Individual match videos will be uploaded soon, but here is a little preview of what happened (Copy 'n paste):

Nice videos.
There some sharp robots there
Particularly the 1345 bot.
Nice work to Arefin and crew.

Is the swamp a full size field?
Great job guys. There are some very nice looking robots there.

very nice. thanks for sharing. florida regional will be extremely exciting. i really hoep i can make it to the event. hats off to the teams! great work!!!

Is the swamp a full size field?
Great job guys. There are some very nice looking robots there.

The field looks to be about half size in all dimensions, I hope it’s not a full field :ahh:

How much shooting was there? A lot of scores or misses? Side goals?

When we played, it was simply 3 on 3 so the situation wasn’t exactly the same as that of the real game. I think the robots scored more than they missed and usually the robots would either get all of them in or miss all of them (though after a while, all robots that were shooting figured out the best method). Side goals were taken advantage of but not as much as the shooter was (for obvious reasons). There were robots that shot into the same goal simultaneously and for the most part, there was no problem.

I did notice that there was trouble reloaded from the human players because sometimes the human players wouldn’t have any balls. Of course, this will be a game-by-game situation and no one knows what will happen in the real game.

One thing I know we won’t know until the real day is if we can climb up that diamondplate. Guess we’ll have to wait.

Overall, I was definitely impressed with all the robots and i’m definitely looking forward to UCF. Good work guys =)

Also, kudos on the video! So glad to see a video of what happened the very next day!

One thing I know we won’t know until the real day is if we can climb up that diamondplate. Guess we’ll have to wait.

We will find out tommorrow if the robot goes up the diamond plate tommorrow or not, since we are going to motorola. Motorola have a ramp built with diamond plate.

It looks like it was so much mun. I am very sorry we missed it.

I was looking forward to the scrimmage, but oh well.

Great to see so many good robots.
I can see that UCF is definitely going to be an amazing regional.

I hate CD. After writing a long response to the above asked questions and hitting submit, I was forced to log-in again. After clicking “proceed”, the page that resulted simply said “Invalid thread specified”. Let me just say sorry in advance for being breif with the responses this time around.

In the time until then, here are the links:
Round 1: