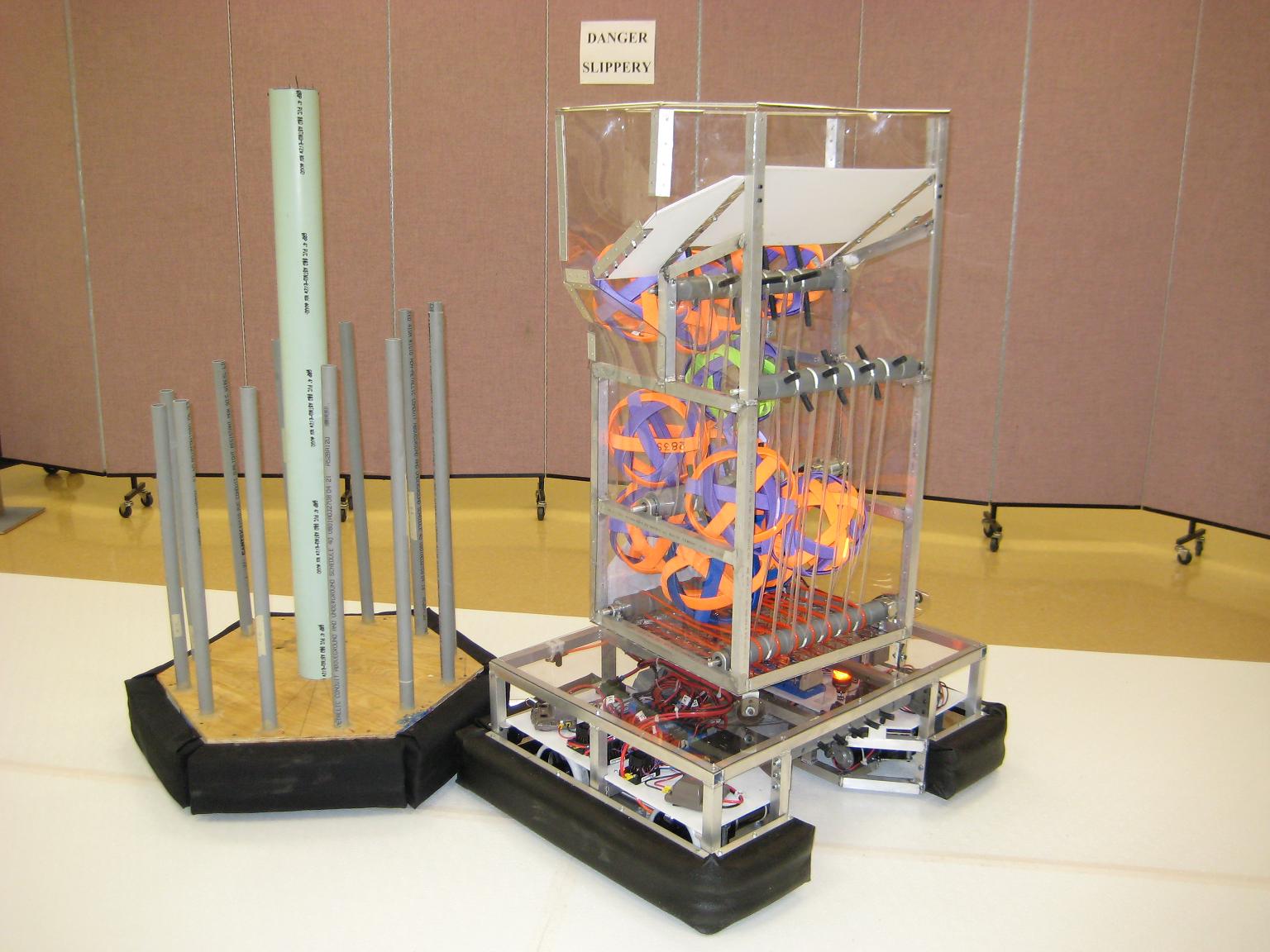 In light of recent naming conventions being used by several notable teams, robot nicknames I’m personally advocating for XM12 are as follows:

We now return you to your regularly scheduled information.

-Modified linkage drive idea borrowed from Team 1565 - thanks for the drawings! Modified to actuate left and right sides separately. Each of the four drive modules is powered by a CIM mated to a 16:1 Banebots P80 planetary. Linkage provides much additional maneuvering ability without the added complexity of a swerve system.

-Turreted power “purger” (dumper…belcher…puker…whatever) with two conveyor belt runs each powered by a FP mated to a 16:1 Banebots P60. Very fast and robust.

I wanted to repost the video links from the description to make them more easily navigable:

:eek: That drivetrain/chassis looks very similar to ours… looks great!

Looks great guys looking forward to competing with and against you at Pittsburgh! Beware the power dumper bots

An xtremachen with only four wheels? I thought I’d never see the day. We’ll be looking out for you in Pittsburgh.

Good looking machine! Hopefully most of the time we are competing with instead of against. See ya soon.

An xtremachen with only four wheels? I thought I’d never see the day.

I, too, thought I’d never see that day as well.

I miss our tank treads–they would have rocked this year…

I, too, thought I’d never see that day as well.

I miss our tank treads–they would have rocked this year…

Yes it would have been nice to see some nice red linatex griping the floor this year, but your reaction to the announcement about the wheels was priceless regardless:D .