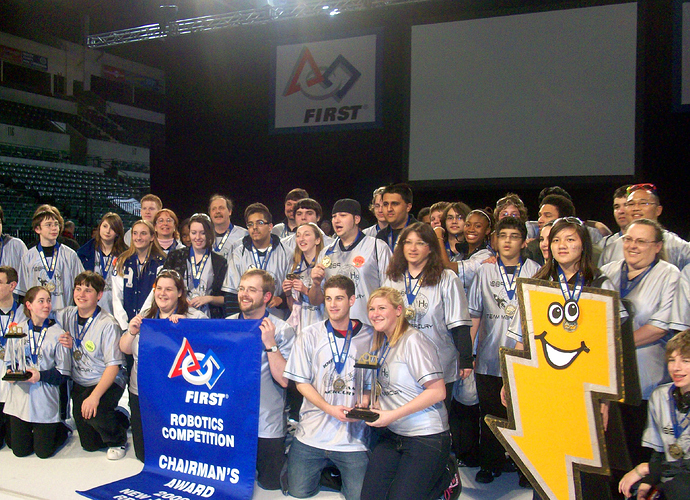 Congratulation to you guys!

Congrats to 1089 Team Mercury!!! You have a great team/program and are an inspiration to all. Way to go!!

P.S. Love the lightning bolt! Lightning definitely struck in Jersey this past weekend!

Congrats! You guys are awesome!

Congratulations, guys!
Your presentation was pretty sick, I must say. You are all well deserving =)

I can’t think of a more deserving team that was in NJ this last weekend. Sara I am sorry I couldn’t congratulate you in person (you were surrounded by teammates!) but I did get a chance to speak with your dad. Once she started talking about other planets I had a suspicion, but the roar from that corner of the arena when she said “1089” was deafening…followed by a louder roar from the rest of the arena.

For those outside NJ who are not familiar with 1089, these people live FIRST all the time. Not only do they “get it” but they help others (including 1676) to get it as well. Despite some technical issues with the robot, they kindly offered and gave help to several other teams. Outside the robot season, they get out and spread the message to younger kids, help in the community at large…everything you’d expect good folks to be doing.

OK, the robot wasn’t a winner this year - but we all know, it’s not about the robot…

Thanks so much for all your warm wishes!
Don, I’m sure I’ll catch up with you somewhere. ~_^

All that being said, we’re not done yet!
1089 would like to invite any and ALL teams to join us THIS SATURDAY, March 7th for a game of inter-team laser tag!

All proceeds from Saturday’s outdoor battle go to the family of a local boy battling Leukemia.

More details can be found here: 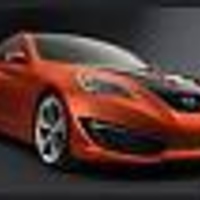 I would go… but we have this little robot competition in NYC to attend this weekend. 🆒 Have fun everyone!