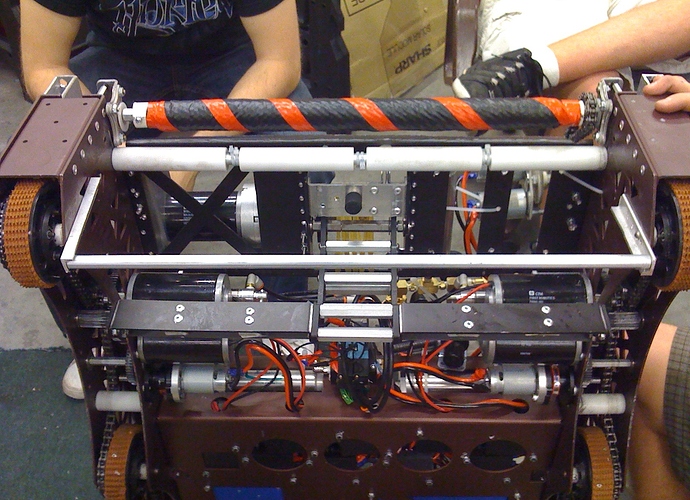 A better look at our kicker, ball magnet, and drive system from the 2815/1398 collaboration.

The kicker was powered by a CIM motor through an AndyMark GEM gearbox, with a cam to ■■■■ it back. The surgical tubing required to get a good kick was a little much for the structural integrity of the robots; neither team’s kicker survived the season.

The drive system was easily the craziest of either team’s before or since, a six-motor, two-speed, plaction-wheeled beast that ensured both had all the defensive chops one needed.