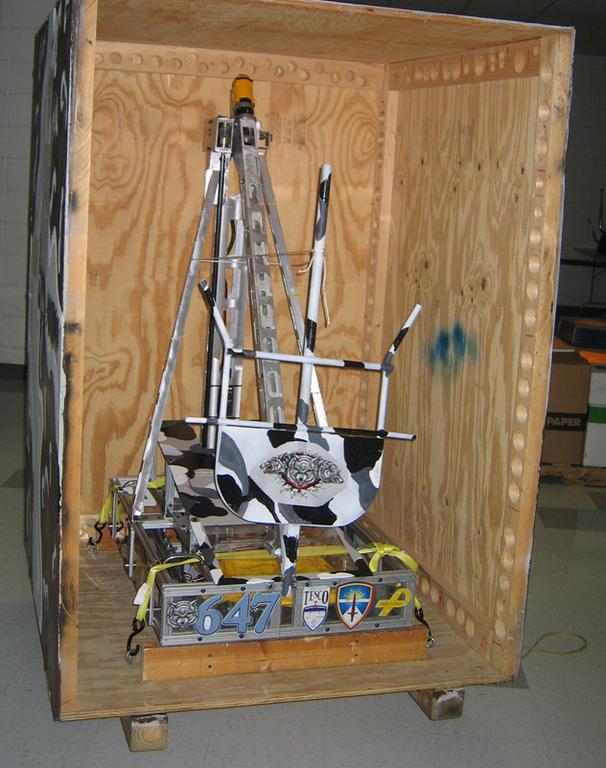 See everyone at Lone Star

This is team 647’s 2005 robot TRI-mendous. It truly takes on the philosophy of “Nothing but DeWALTs” by using DeWALT transmissions on every motor it possesses. In total, there are four DeWALT transmissions used on TRI-mendous, three are powered by CIMs, and the other is driven by a FP. Its arm’s articulation is powered by a 50:1 worm reduction driven by a CIM. TRI-mendous’ extension is powered by the FP that drives a ball screw to give it a 31 in extension. Its TRI-dent, at the end its arm, was designed to give the driver much leeway in lining up TRI-mendous to grab a tetra.

Why are there holes in your crate?

The crate is heavy so the holes just go through the 2" x 4" to lighten it.

wow first crate that i have seen that needed to have cheese holes to get it under weight. good idea instead of paying so much more.