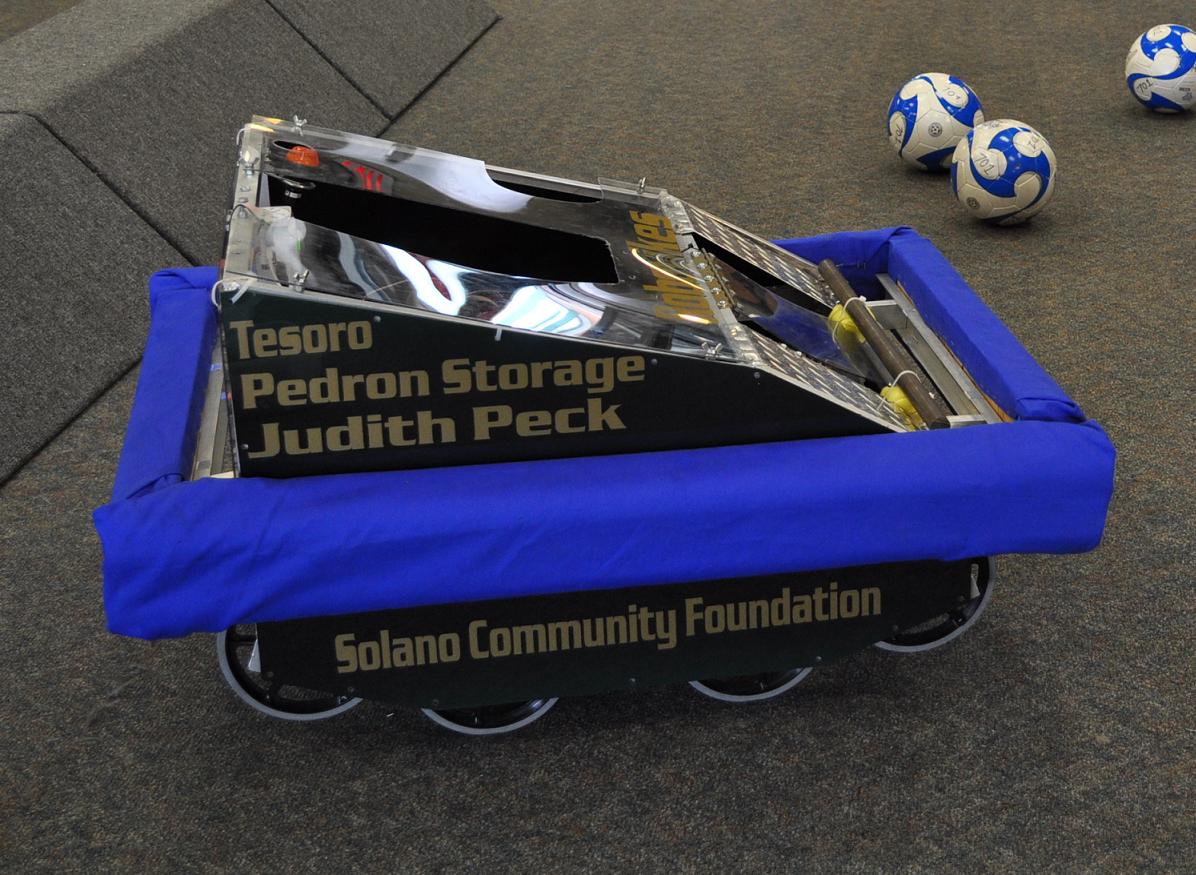 Here’s our robot for this year, it will look a little different since we chopped the top down, but should still have somewhat of a tank-like appearance. Look for us to fly out east to D.C. next week.
Salbert February 25, 2010, 9:03pm #2

Does a lifter arm come out of the top?

No, we had a carbon fiber arm in that place before, but sadly it broke at a scrimmage, so we’ve had to go on without it.

Did you ever try lowering your outside wheels to help you climb the bump? We have only 1/8" dropped middle wheels and it climbs great.

I’m bummed you won’t be at Davis this year, the Robovikes will be missed.

Yeah it’s supposed to be strong, but all of the weight of the robot landed on a single part, not in line with the strength of the carbon and it broke, was not pretty.

We think the angle could be a little off from what we modeled and that may be our problem.

Also yeah we’ll miss it too, but the middle of the week wasn’t a great time for us. I hope you guys do good, you inspired me to make a chairbot my freshman year.