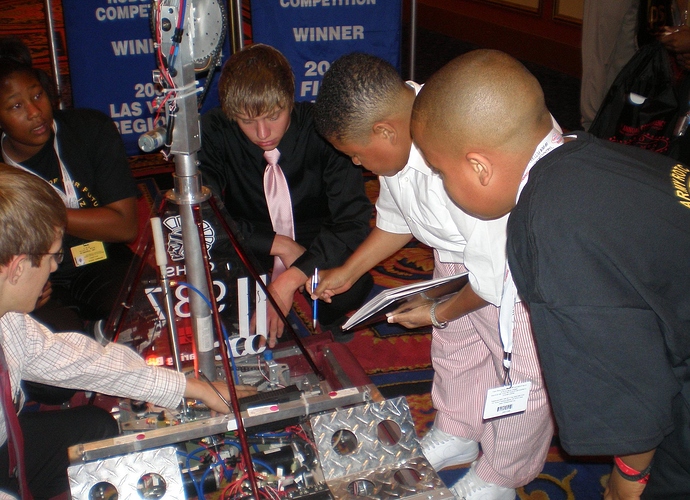 987 recently attened the 21st anual 100 Black Men conference here in Las Vegas at the Paris Hotel and Casion. During the Luncheon a short video was played about FIRST to over 2000 successful African American businessmen from around the country. These are some of the things we do to spread the word of FIRST throughout the community as well as the country. A student from a vex team (in atlanta) was able to speak and he said " i want to start an FRC team so we can beat the Las Vegas team"

It seemed everyone in the room was looking foward to starting a team vex or frc in their local chapter.

In the picture we are exlpaining how everything works to Emanuel Lewis. (an 80’s tv start) He is a very intelligent and kind man. We tried to get him to drive but he didnt want to.