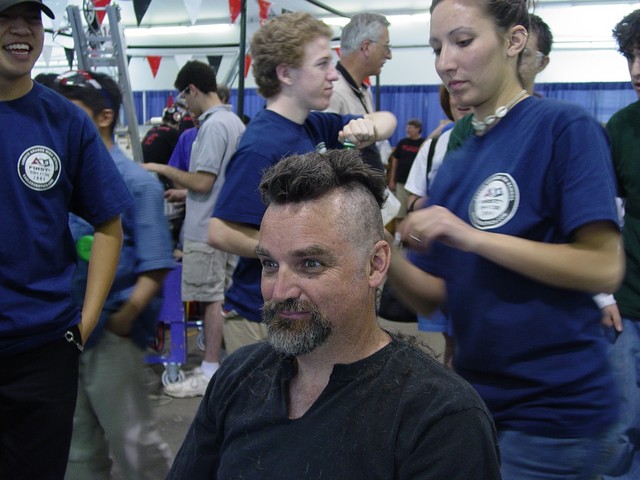 We had a small bet with our advisor. If we seeded 8th or higher (causing us to enter the quarterfinals on our rookie year), he would shave the sides of his head, and spike it like a mohawk. We were chosen by the 8th ranked team, as an allie. Shortly after that meeting, there was a crowd around our pit, as his head was tipped over a trash can, and the fun began. After an announcement over the pit’s loudspeaker, a parade of US FIRST judges came over with digital cameras, laughing as his hair was cut, shaved and geled into a mohawk. The outcome is above. If you were at the Sacramento Regional, you probally saw him doing the YMCA on the playing field.