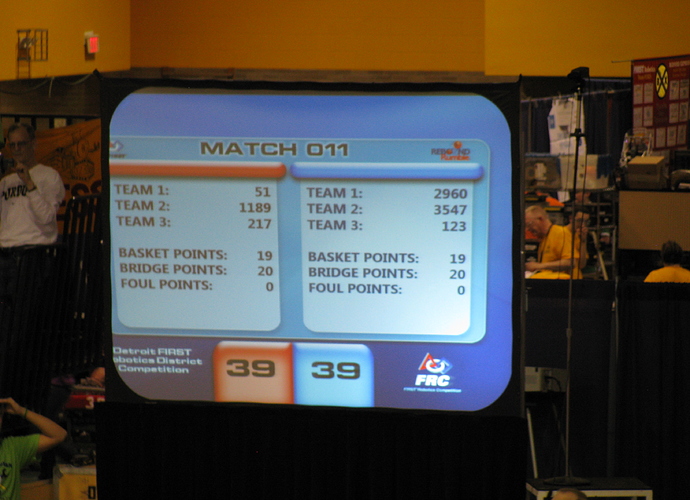 In this match, both teams had the same number of foul points, hybrid points, bridge points, AND tele-op points. The number 7 alliance drew the quarterfinals at Detroit into an epic 4th match. Congrats to the 2nd alliance for pulling ahead, but I also congratulate the 7th alliance for putting up a very good fight.