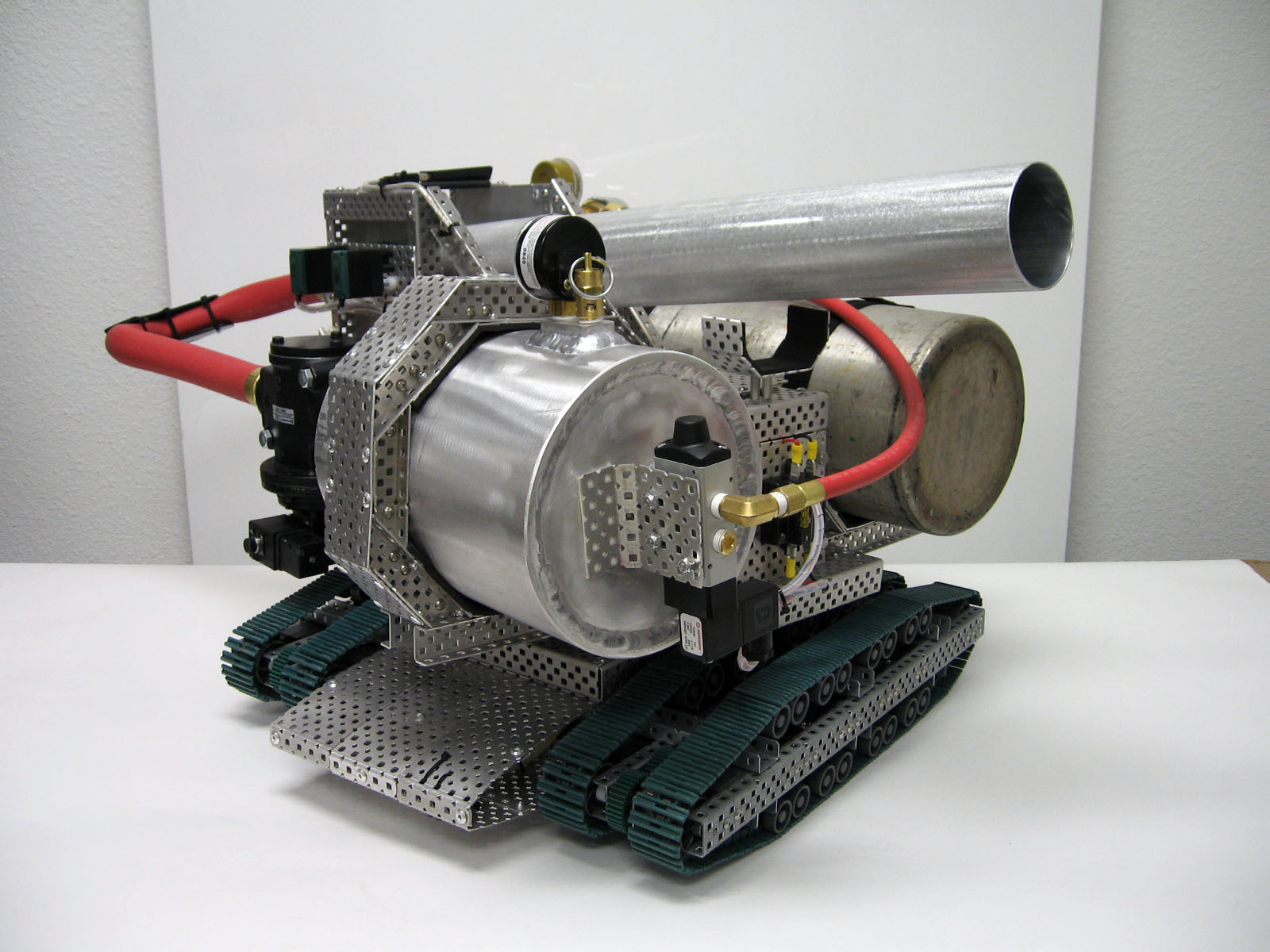 We have a cannon bot as well that we’re revamping.
It currently is on a base of Mechanum wheels and uses two tanks of air for more shots. We’re rebuilding the chassis and design as an off-season project.

I saw this on youtube, it looks like way too much fun! I never thought the most well crafted t-shirt cannon would be on a vex robot. The only thing holding it back is the single shot capacity… You need to get a t-shirt cartridge on there somehow.

In the current YouTube Videos I’m shooting 1lb bottles of water.
I wanted to prove the pneumatic design works before I go for an autoloader.
The Turret can easily be removed and attached to something else.

Some of the Non-Vex Parts

Some of the Vex Parts

Can you post the you tube video for us to check it out.

The Current set of Videos for the Vex Air Cannon

One thing I’ve been planning to add to our t-shirt cannon is a rangefinder (either ultrasonic or IR) to the end of the barrel so that if there is an object in the line of fire (and within range of the sensor) the controller will not allow the cannon to shoot.

You’ve obviously been designing this with safety in mind, so have probably thought of adding something similar already.

Can you post the you tube video for us to check it out.

I’m not gonna even lie. This is one BEAST. I honestly would be scared if I saw that it was ready to fire at me.

this thing is amazing

i love it, i have been thinking about bringing this idea to my team, and see if we can build a full size cannon on a size wheeled prototype

that thing is just sweet…

Great Job! That thing is amazing! I’ve been wanting to build something very similar for a while now. Looks like I have some excellent inspiration now.

I think a Robotic Air Cannon competition would be very interesting. It could involve a number of different events:

Think about what an incredible challenge it would be just to calculate the ballistic data for high trajectory shooting.
One of my all time favorite physics labs involved shooting ball bearings from a table top to targets on the floor.

Note: There would probably be so many rules, regulations, liabilities, limitations, legislation, etc. that this will never make it past the idea stage.