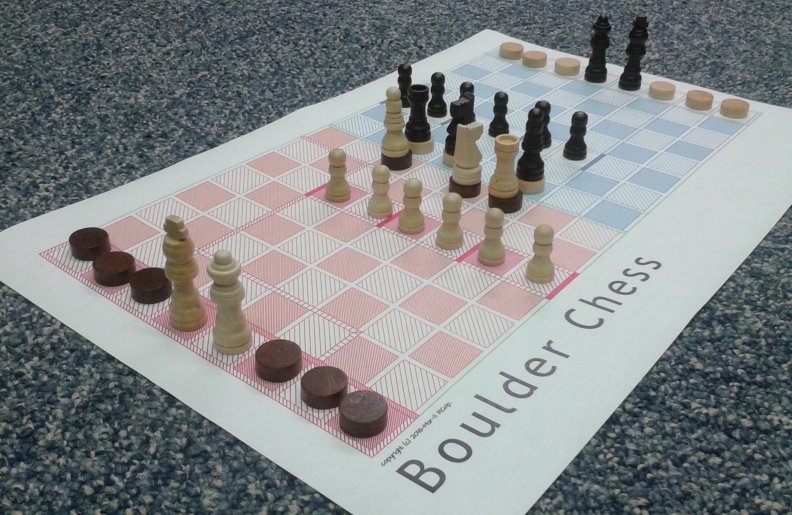 Inspired by another thread about board games, I wrote some quick instructions for play, over in White Papers. It uses chess and checker pieces and two chess boards, or use the one I made. Someday I may learn how to play.
JoshWilson June 16, 2016, 4:47pm #2

That looks awesome, could you post the rules you wrote for it?

That looks awesome, could you post the rules you wrote for it?

Has anyone played it yet?

Has anyone played it yet?

We’re still trying to connect the Pieces to the field… :eek:

So no one tried it? <sadface> Too difficult?

I finally found someone to play with me! Yay

I am playing now and have a few questions.

Could you post a few explanations example turns to maybe clarify the rules better? Kind of like the game manuals have boxes with scenarios. That would help immensely.

So far it’s turning out to be a great game to play. It is definitely much easier to learn for someone intimately familiar with the rules of Stronghold. I’m playing with my mom who doesn’t really have any knowledge of the game other than from watching matches at competitions. I play normal chess a lot and this is an awesome twist to it!

Thanks for sharing this game!

Thanks for trying it! I’ll have answers when I get a chance. Just remember it isn’t quite complete and a works-in-progress and will need tweaking with either a toothpick or a jackhammer.