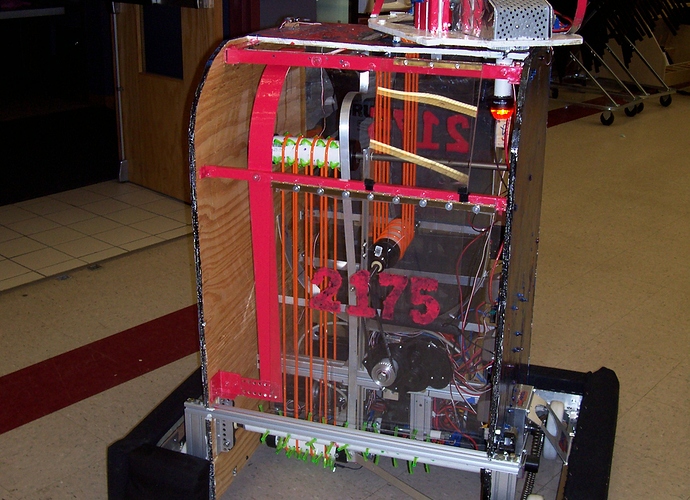 2 Conveyors give us 9-10 balls of storage feeding into the turreted shooter which has 10-12 ft. of range and 180 degree rotation.

The camera is missing from this picture just to the left of the guard over the shooter. The whole turret and electronics to run it have been removed to work on targeting code for the next 7 weeks.

Here’s a video of some testing the night before ship:

Nobody thought to put the omnis laying around the shop on the trailer so they used trash cans instead. We’ll be putting the omnis on to tow the trailer around for our PS practice and camera code work.

Also, we are aware of how hard the black numbers on the Black/Blue/Red robot are to see. We will be be adding numbers to the bumpers in either red or blue when we get to our regional.

We are also pondering a number of upgrades after being inspired by many of the robots posted here on CD.