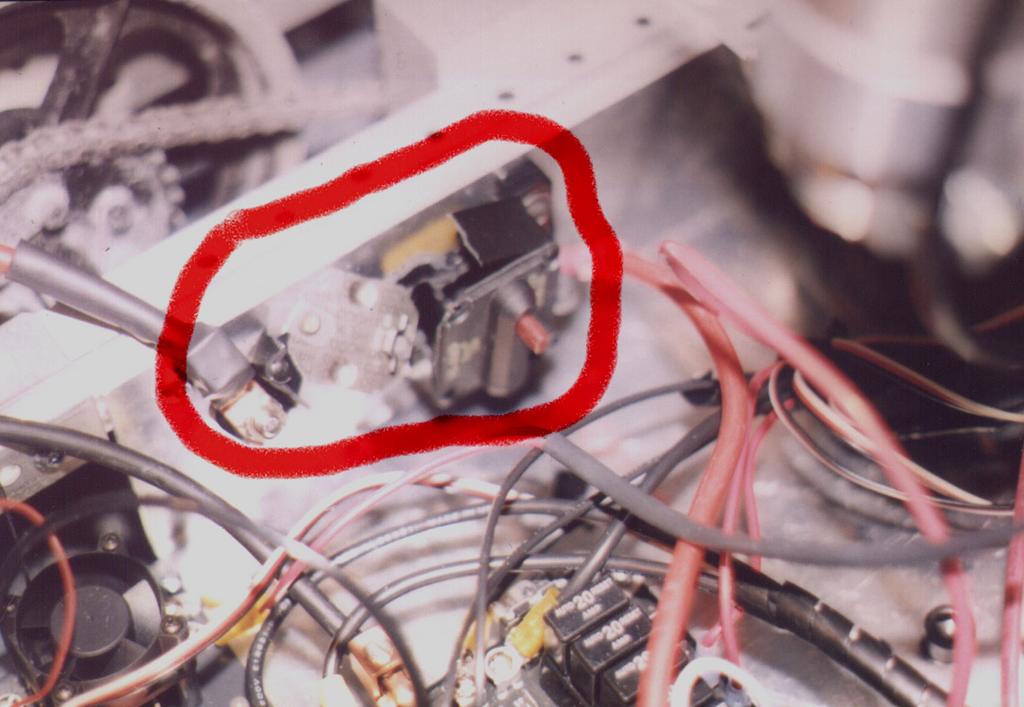 That is so cool. How did you do that? Your not supposed to use a breaker bar to tighten nuts on those breakers. You would have to use a cheater bar too.

Why didn’t you tie the wire down more so it relieved stress. That wire really should have been secured down a lot more than that.

We found that the plastic isn’t of the highest quality. One day we went to turn on the bot and the little plastic piece you push in snapped off and went inside the unit. Pretty annoying having to go to the scrimmage using the battery plugs to turn the robot on and off.

We took the red wire(the one you see broken off) to put heat shrink on it and when it was put back on the person who was tightening the bolt wanted a good secure connection so he tightened it down pretty good with a ratchet wrench and it self destructed and when we pulled it off the bot it came apart even more. Our mentor made the joke that “he goes home at night and puts on a cape and blue tights”

we broke 2 of them last year. the plastic that they use in them is way to brittle

Yeah we broke one last year, but it was the hole for securing the breaker to the frame, not the wire to the breaker. That plastic is definitely a bit on the brittle side.

This is why you’re not supposed to use a hammer to turn the circuit breaker on and off! :yikes:

The above posts are correct when they mention be careful when tightning down the screws. Also remember to not get Lock-Tite on the plastic (or any plastic) as it will soften and “eat” the plastic.