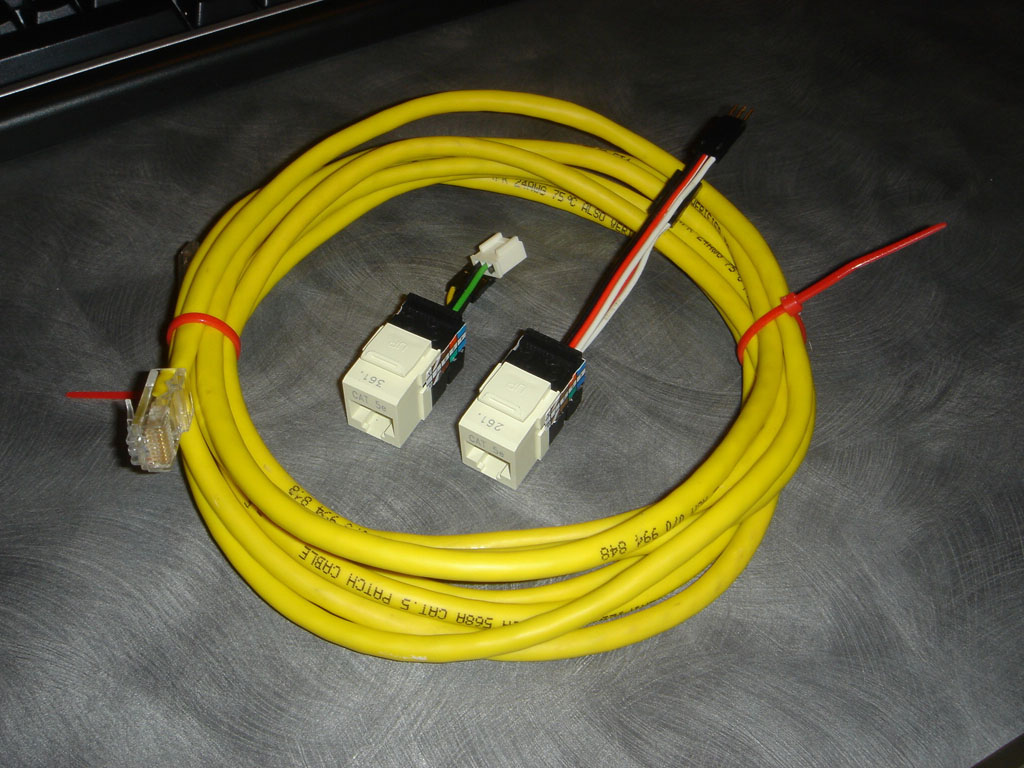 This is how Truck Town Thunder’s camera will be wired. I made a custom adapter to convert the serial and power wires to a Cat5e network cable jack, and another one to convert it back. This really seems like the most efficient way to connect the camera, since all the wires are in one neat little bundle, and it’s easy to get it long enough (It has to go from the top of the robot to the bottom, routed around the frame.)
I chose a patch cable because it uses stranded wires instead of solid, so it won’t break as easily.
Here’s the pinout I used. I tried to give the serial wires a bit of shielding by putting the ground to the other half of their twisted pairs. Each power wire gets its own pair to reduce resistance by half.
1-2. Power gnd
3. Serial gnd
4. Serial white
5. Serial gnd
6. Serial red
7-8. Power +
Greg_Marra December 31, 2018, 6:36pm #2

There were specific rules regarding the wire gauge of wire used for sensors this year. Are you sure your Cat 5 complies with them?

You can find it at Wikipedia.

Yeah, the cable says 24awg on it, and according to this rule that is the perfect number (I was sweating there for a second…)