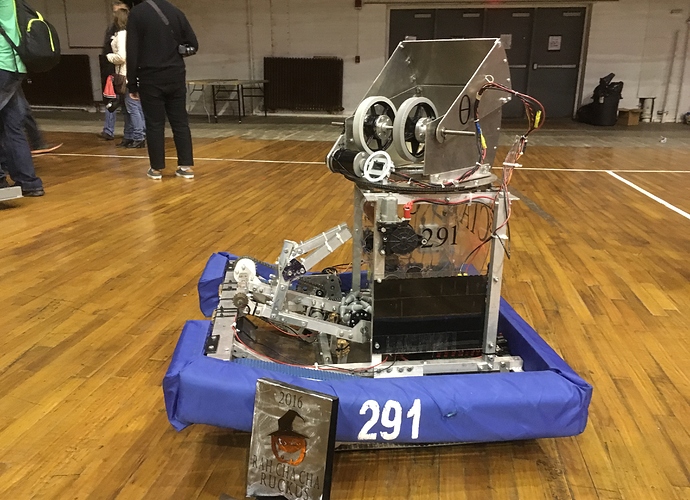 A picture of 291’s 2016 offseason robot, Theta, at the Rah Cha Cha Ruckus event in Rochester. We completely redesigned it after the competition season, foregoing the low bar for a high shooter.