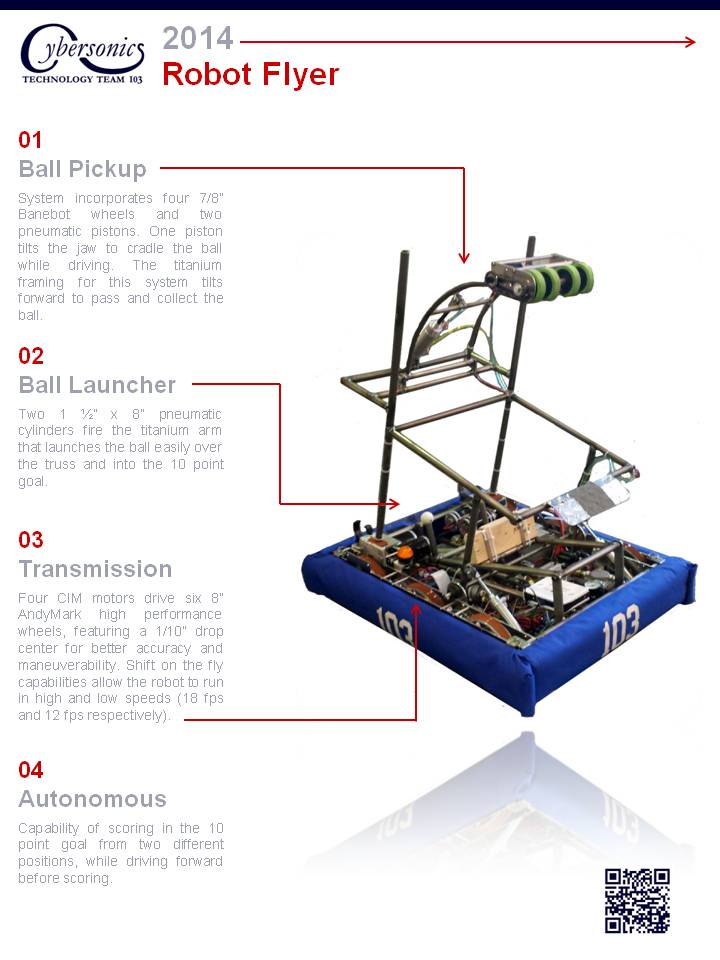 Here is our 2014 robot “Crev” named after 2014 Olympic silver medalist short track speed skater Chris Creveling who graduated from our school in 2005.

Looks good! some similar features to other robots obviously, but overall very unique (as far as i’ve seen).

Is it expensive/difficult to work with titanium? how did you decide to go for titanium?

any videos of it in action?

Titanium can be expensive, but we do have a sponsor that donates some of the material, the rest we source from McMaster.

It has its advantages and its disadvantages.