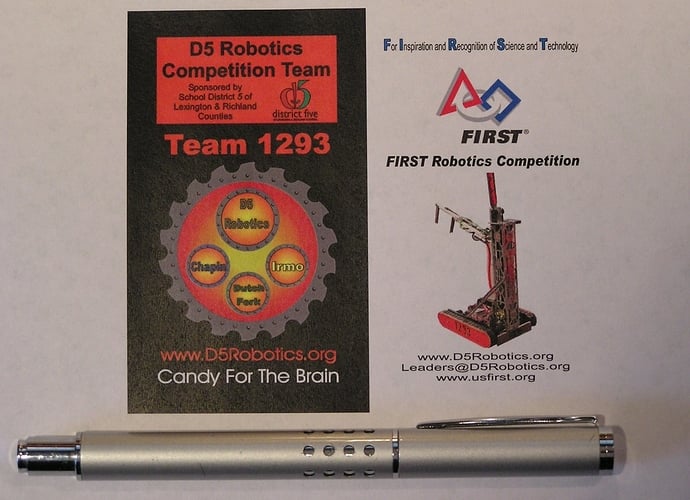 D5 Robotics will be participating in the local Irmo Okra Strut Parade & Festival next weekend and decided to put a little different spin on the traditional handing out of candy during the parade. We designed a business card for the team that we will attach a peppermint candy over the saw blade logo (hence the tag line “Candy for the Brain”) as our candy handouts (pen not included). Hopefully this will draw more visitors to our booth at the festival where we will be showing several FIRST related videos, in pool demonstration of our “ROV in a Box” we are putting together, some static displays with last years robot and letting people drive one of our old drive trains.
This is in preparation to get the word out about Team 1293 - D5 Robotics for our upcoming Sponsor Recruitment/Fundraising Blast.
system closed January 5, 2020, 12:54pm #2