pic: Dan and Josh do the Joe Matt 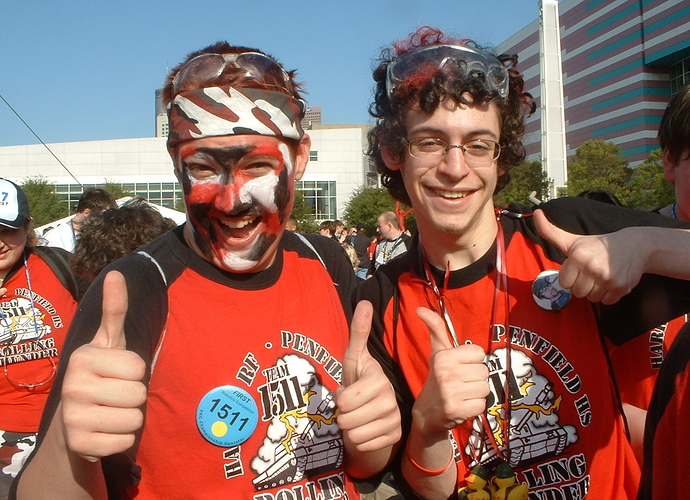 i made him do that for me when i saw him…then we did the sit down Cha Cha Slide:D

And btw… Dan you traitor! Come back to your real team!

And btw… Dan you traitor! Come back to your real team!

I’m not a traitor! I just happened to have gotten invited and helped with alot of scouting along with handing out Ruckus information for 2 of the fields :-p

All I gotta say is that is one kool team

Doing the Joe Matt just adds to the koolness haha

I remember you guys (well, your team at least) in Atlanta!

You guys had AMAZING face paint! Must’ve been hard o_0 or maybe not! shrugs But it looked really good.

Thanks! I’ll pass the compliments along to the people who did it. Mine is getting a little smudged because it was the end of the day.