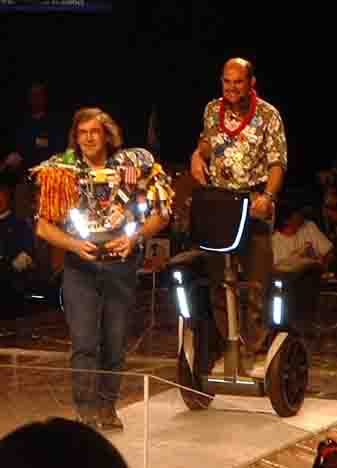 A segway or a Dave Lavery?

at all started with Jay Duchin (?) the AV crew guy.

I hear there is going to be a tubby fashion show in Houston.

i was the second person in the tubby suit. jay and i still joke around with it all the time. that and i got very embarrased as tubby in LA. not so much though as tubby in san jose. as for houston, jay and i could not find tubby at first, and then when it was finally found, they would not let me wear it for the finals because dave was going to be wearing it. but no hard feelings… dave and i have fun at kinko’s in houston.