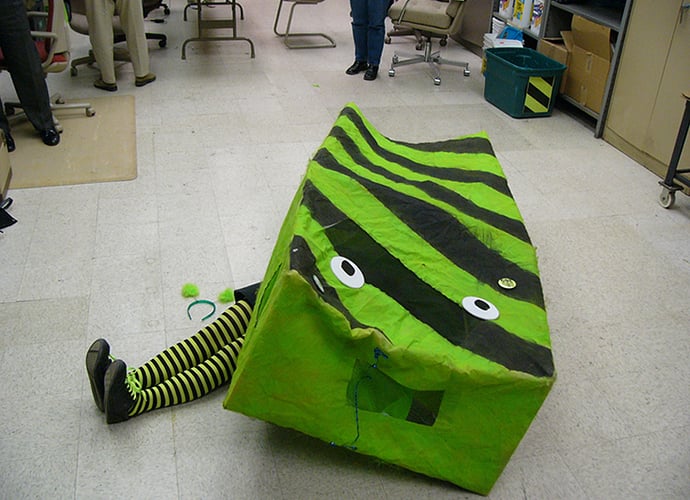 This is an all-to-common sight arround the Miracle Workerz build area. Some people were happy when the announcemnt came that MOE Stix were banned from competitions, but we didn’t like it too much. Now the stix have no place to go and drop down on people for fun.

Not even the earplugs can protect us now!! :ahh:

And that’s only one (huge) MOE Stick. Just think of what would have happened had there been two!

I am going to miss the Moe Stix, thoes were a great idea. and got everyone’s attention.

If a MOE stix falls on a wicked witch does it make a noise?

Answer: NOT any more.

Now I don’t have to stock up on Tylenol in case I wind up sitting near MOE.

I threw water on these:

The MOE Stix may be gone (from the competitions), but they’ll live on forever in the memory of FIRSTers…

I loved those Moe Stix. I think our team still have a few from last year.