pic: Does Dean need a makeover?!? 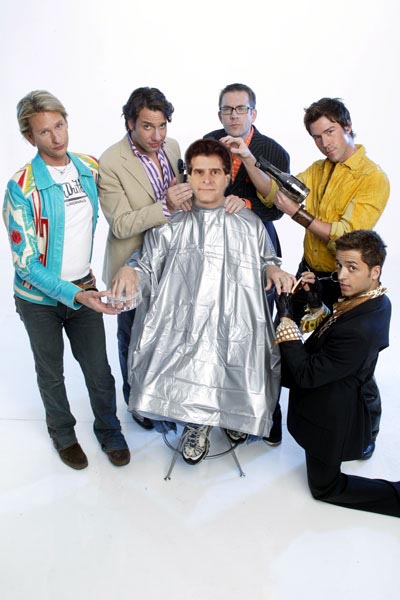 …you be the judge. Either way, it would be awesome press.

Excuse me while I die laughing…

…but would they still roll around in the Denali for that show, or would they have Segways?

I would probably die laughing if I saw that on tv.

Carson would have a field day with Dean’s closet, all that denim.

I also wonder what they will have Dean cook, or how they will redecorate Dean’s house.

I think Dean would be scared, I sure know I would be…a little bit too much love would be around. haha

Oh Lord I can just see them opening his drawers and seeing collar shirts. Man oh man…and FIRST stuff…Carson: “This has sooo got to go!” Though I think Dean’d kill him before he took all the FIRST stuff out.
–Dori

LOL!! that is Hillarious! It would be funny if they redid Dean’s house (old style, made out of wood) with a segway theme, where instead of stairs, there is an incline around the house to ride up. They should also give Dean a segway robot and a gargantuan segway with a machine shop mounted on it.

Now, is the Segway in or out of style this coming fall?

Ha. This is what happens when I get an idea and about five minutes to Photoshop it out.

haha thats so hilarious! ive watched that show before, and its a pretty wierd show haha. I couldnt picture Dean Kamin gettin a makover by them. but it could be possible. lol

Hrm attempts to picture Dean on Queer Eye For The Straight Guy Yeah it would be funny to see Dean getting a makeover. The only thing he needs to get a makeover on is the color of the clothes he wears =) Everytime I see him he’s always in something thats blue with a first logo.

I always thought that FIRST and Segway had terrible pictures of him. NOBODY looks good in a mug shot. But then Segway got a wonderful picture of him. I wonder how they got him to hold still long enough for a GOOD photographer to catch him. So let’s skip the makeover; when I was in college, the gays wanted people thinking that they invented blue jeans! 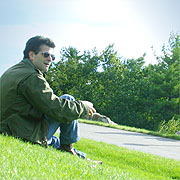 bsides he can buy and sell them neways :rolleyes:

I always thought that FIRST and Segway had terrible pictures of him. NOBODY looks good in a mug shot. But then Segway got a wonderful picture of him. I wonder how they got him to hold still long enough for a GOOD photographer to catch him.

Maybe it’s not really him, then…Bart could probably work as a stand-in for a profile shot

Just kidding. Ive seen this particular picture (the one that started the thread) Photoshopped multiple times, from Sadaam Hussein to Johnny Damon. Probably because it’s really easy to plunk anyone’s head in there.

But when it was mentioned in the thread I mentioned in my earlier post, the picture that started this thread screamed to be made.

LOL!!!
hey thanks you just made my day!!! that’s hilarious!
… is there any way we could send out a nomination or something to the fellas at Queer Eye??? i really think the whole idea could really help promote FIRST…great way to reach a wide audience and spread the message, although somewhat in an informal and indirect way.

Put Andy on Survivor!
Put Dean on Queer Eye for the Straight Guy!

I already looked at the application form, and unfortunately unless we were a close relative or friend of Dean’s (Hint-Hint) we couldn’t because it requires you to know phone numbers, number of rooms in the house, etc. Stuff that MOST FIRSTers wouldn’t know.