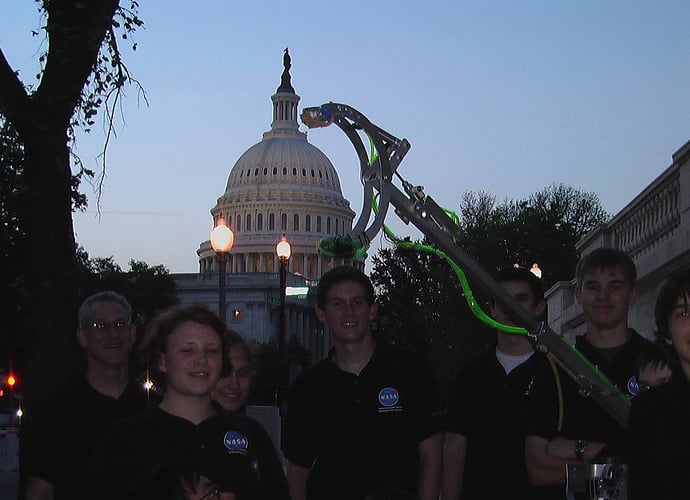 This is a great shot! Hats off to Team 116 for their efforts at the Congressional Reception in the Cannon Building. They were alongside Team 768, hanging ringers for two hours during the event. In addition, they had students of all ages driving Vex bots and inspiring some “heated” competition on the Vex field.

As Dave Lavery mentioned to me at the reception, the last time that 116 and 365 were together at a non-competition event was at Science Day in the same room in the Cannon Building in 2001. A number of our MOE students at that time are now mentors with MOE (The Lucas, Ducky) and I believe that the same might be said for Team 116.

Judging by the lamp posts and the smiles on the team’s faces, it must have been a very long, very special, very fulfilling day.
Kudos to all of you.
Jane