pic: Evan in the News! 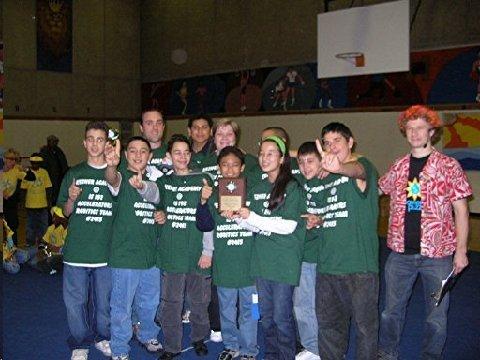 Evan Weinberg, the coach of the Lehman High School FIRST Robotics Team will be featured tonight on the CBS Nightly News with Katie Couric. During the 6:30- 7:00 pm program Evan will appear on a series called “Hard Times, Good Jobs”.
A reporter came to his school, visited his AP Physics class, watched his lesson, and interviewed him afterwards about his decision to go into teaching instead of engineering.

I am honored to know him.
(He is on the right with the funny hair)

WOW! Nice job guys. Is FIRST mentioned at all in the interview, and if so, to what extent?

I’ll have to watch for it.