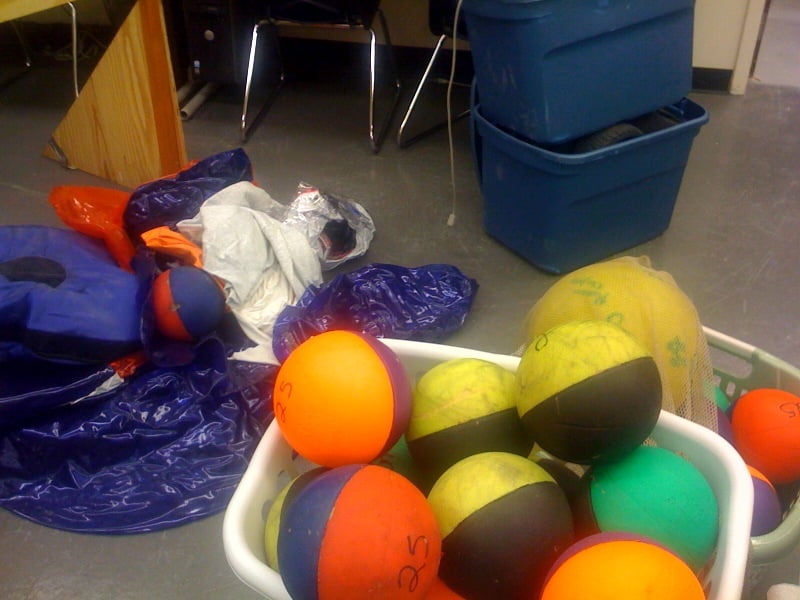 OH, I see what you did there

But CLEANING? Whats that? Is that the thing we always say we are going to do and then never get around to?

and yes- they DO fit under the bar

and yes- they DO fit under the bar

well, when proper force is applied, they wedge under the bar quite nicely

The kickball looks like a 2001-type one. That angle in the background looks like it could be from an autoloader (2005); the lower bin has what appears to be a wheel. So enough of those bins survived to be used as storage, eh?

Personally, I think that kickball bears a striking resemblance to the 04 10-point ball.

Personally, I think that kickball bears a striking resemblance to the 04 10-point ball.

Could be. I think the main difference was the valve type/maker/shape they became…

I believe I see tetra tubes under the CPU in the background.

I also cannot believe those are bins from '03. I swear I remember bins breaking just because they knew the 25 robot was in the building.