pic: Finally, proof that I'm in the Navy and not the Marine Corps :-) 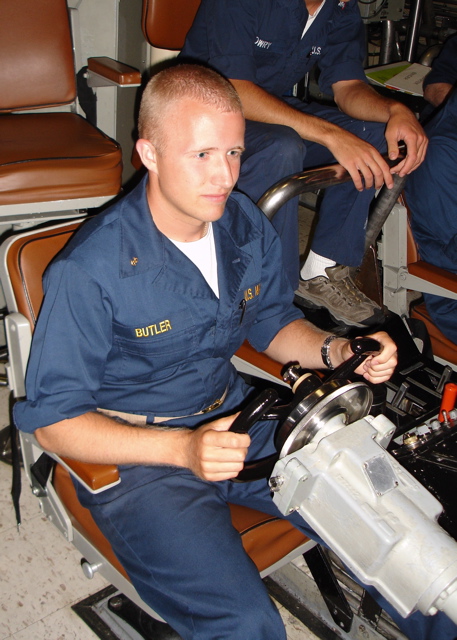 This is so Clark Gilbert can see me in a naval vessel instead of in equipment used by the Marine Corps.

This sub is an Ohio Class Trident D-5 Nuclear Missile submarine. One sub is the 3rd largest nuclear force in the world and two of its nuclear missiles more than equal the amount of firepower used in every war ever faught. One missile is over 75x the power of the Hiroshima bomb. . . And the sailors on-board sleep, shower, and relax nestled in-between these missile tubes.