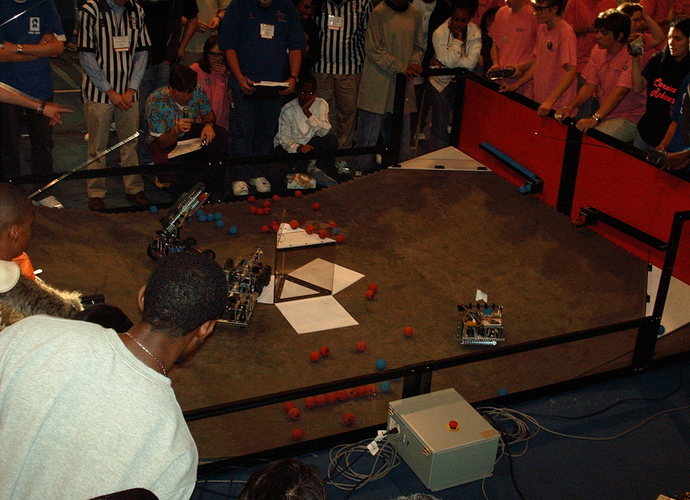 I uploaded this particular image to show a good shot of FVC 165 (East Clarendon HS), seen over on the right by itself. East Clarendon’s team was only official once they received their grant money, which they got ONE WEEK before the event. The robot was built in four days, and the team made it all the way to the finals.