pic: FIRST Logo On My Hair 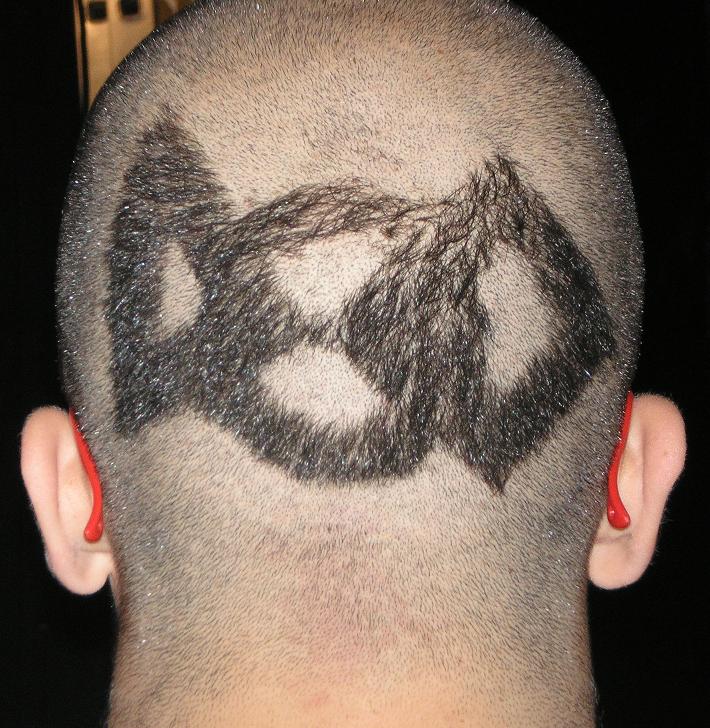 I got help and advice on this thread:

I’m going all out for this years regional… 🙂 I want an all white head with the FIRST logo on the back! :yikes: I found this about going all white: Going White but I believe i’ll have a big problem doing the logo… does anyone have any experience...

P.S.
about 70 people took photos of me that day and none were of my face…

P.P.S.
If youre looking to see my face check out this tag:
http://www.chiefdelphi.com/media/photos/tags/leav

dude,that is awesome. now all you have to do is die it to get the colors right.

yeah that’s definitely what I’m going to do!

dam you beat me to cuting that into my hair:mad:

You totally rock my sox!!!

I did this last year at Midwest and Atlanta, just the opposite. I shaved it into my head, and then painted the logo for the finishing touch!!
Awesome
Malhon

That’s pretty cool, but also a little frightening. I definitely think you should try to get the colors put in. Who did that? It looks like a work or art (though it might be a little obsessive…i guess it is build season tho).

got the chance to pet it at the kickoff,
Leav, you’re definitely the craziest FIRSTer I know,

That’s what I call dedication

Wow xD That’s dedication. (just like me and my friend, who are planning on dying our hair in our team colors for reginals. I think I’ll put the FIRST logo on too, now…that’ll get some weird looks at school…)

Hmmm. I may try to find stencils and spray it in my hair for Chesapeake.

That’s on my list of things to do, I think…

Thanks for all the positive feedback!

but mostly because it was really cool

Every time I look at it I burst out laughing but that’s cool!

:ahh:
That is pretty sick!