pic: For the protection of FIRST 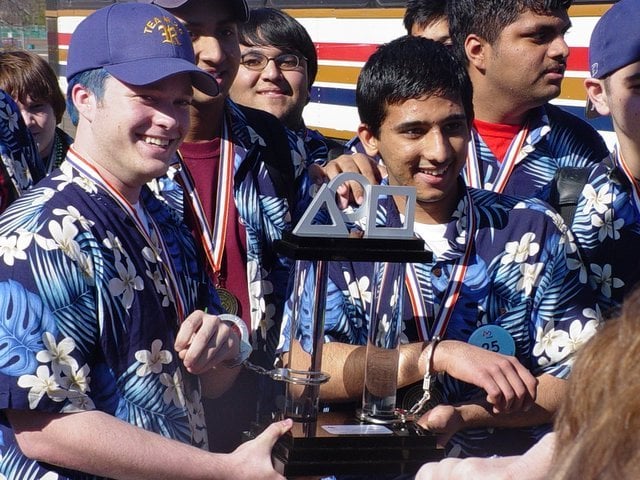 Corey was arrested for excessive speeding on the the feild, reckless endangerment of other robots and wearing a goofy shirt

B-rat was arrested for possesion of an unregistered firearm, deadly accuracy and also wearing a goofy shirt

after our triumph at the Las Vegas Regional, Team 25 was granted a Police escort from the border of North Brunswick all the way to the North Brunswick Highschool, after we arrived, the Police officers had more than a few sitations to hand to these 2

I cannot believe they didn’t cite you for those multiple unsafe lane changes that occured both in New Jersey and Nevada!

Anyways, great job on your year so far- maybe you can convince NASA to webcast your court trial so we can all watch it. I don’t know if you can make much of a case against the charges, but well… entertainment nonetheless.

Go on trial at Nationals… that would be something that’s never happened there… it would be one heck of a new twist to the events!

Want to go find the Cops, tell them we have those men they were after in custody?