pic: Frame ready for welding, special thanks to Con(Trapp)tions at Waterjet Cutting of Indiana. 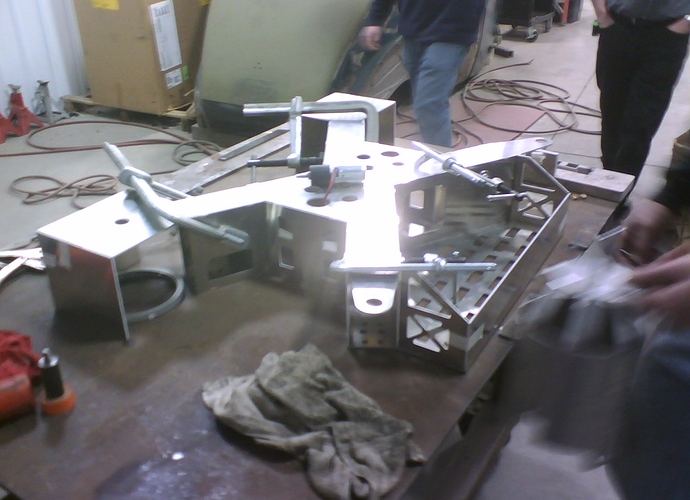 Hmmm that looks like the workroom at Waterjet cutting of Indiana.

If I know those guys, I would say you are wrong

COOL! thats an awesome way to build a robot. What steps did you take to align the parts for welding?

Oh dear. That is the hottest frame I have seen like, ever. My first thought was also ackermann/forklift drive.

Is the final going to be X-shaped or is there something around it? Looks like any bumper mount would be pretty weird in the current configuration…

WOW – how much does it wiegh?

I wouldn’t call it an Ackerman, but you’re going down the right path. It is a modified crab drive system with two steer motors and many options to go with it.

As for the welding, used a method with tabs and notches so the parts went together like a big puzzle. Weighs about 20-25lbs.