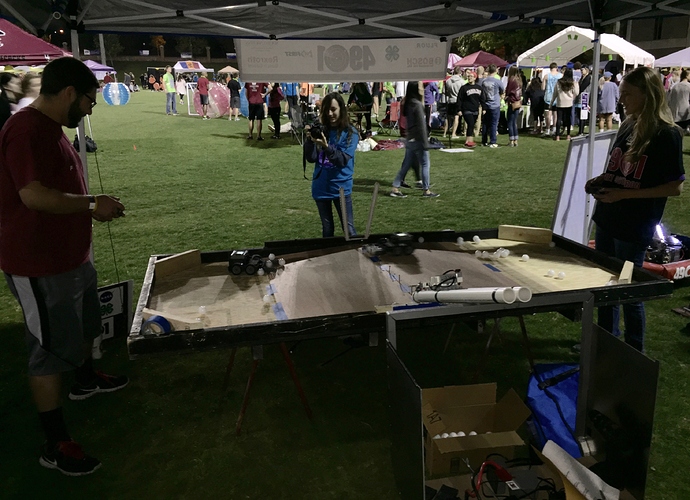 For Relay For Life, we set up a tent to run a game for people to drive a robot. We used two basic VEX IQ robots with no manipulators but a couple of forks to herd ping-pong balls. The field was a standard FLL table with some pieces to keep balls from getting stuck in the corners and the big hill in the middle so balls rolled down the other side. The hill is just 1/4" luan plywood resting on a 2x4 and taped in place. A series of screws were partially sunk into the 2x4 so robots couldn’t cross over completely, which helped keep the game on track. Each side started with 15 balls, which dropped in through the PVC pipes at the side of the field and rolled each way; an EV3 controller triggered the dump and counted down the two minutes. Whoever had the fewest balls at the end of the match wins!
system Closed January 5, 2020, 12:32pm #2