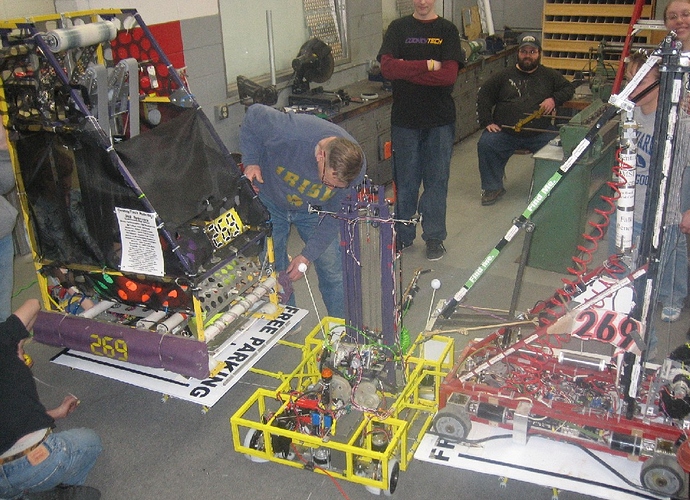 ‘Otis’ also features what may be FIRST’s first worm-crab drive. It is quite a sight when it circles around the rack.

There is no real good video of the competition robot driving.

But here is some decent footage of the prototype’s first run, it has some good close shots of the modules at the end.

The final robot has some changes, the steering motion is faster and the modules look a little different, but it is the same general idea.