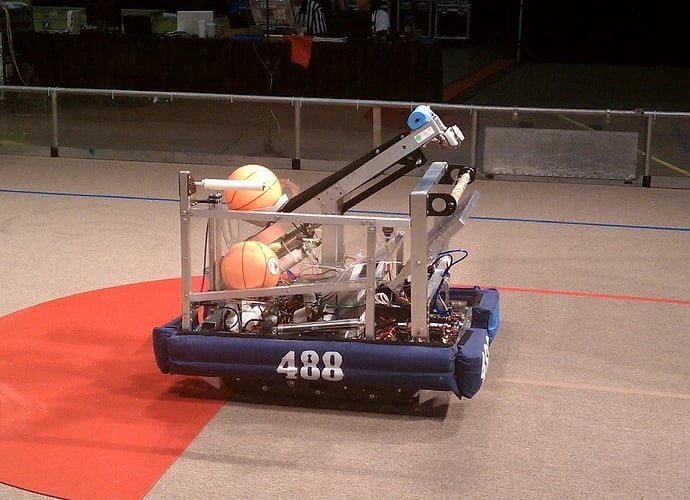 Here’s a better shot of our competition robot than I had before ship day. This was taken on the field during practice at the Alamo Regional.
system January 1, 2019, 6:44am #2

I just wanted to shamelessly point out our robot once again and give a bit of information about things that aren’t apparent by looking at statistics or watching a webcast. We are competing in the Newton division and excited about playing more with folks we’ve already competed with this year.

There are some old videos of us on our YouTube Channel – www.youtube.com/teamxbot

The team is excited and looking forward to playing with a bunch of spectacular teams.