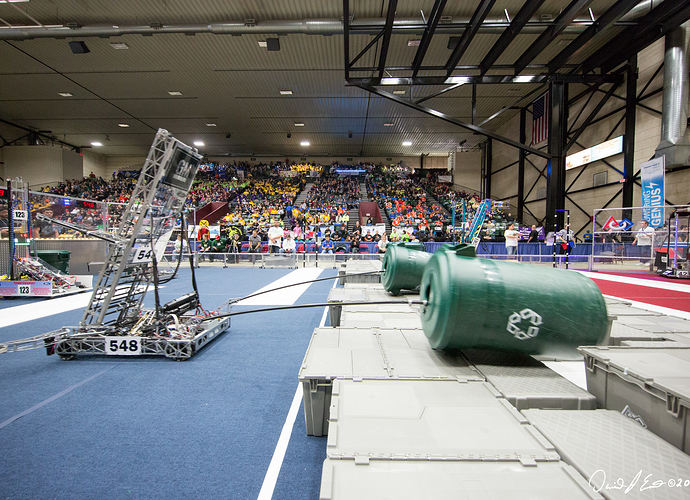 Fastest(?) and most consistent canburglars in Michigan. Congratulations 548 on the being one of the Michigan State Champions.

How much time doe’s it take you to get those cans from the middle?

I don’t have numbers from St. Louis, but I know it was a bit faster because the team added a second 775 to each arm.