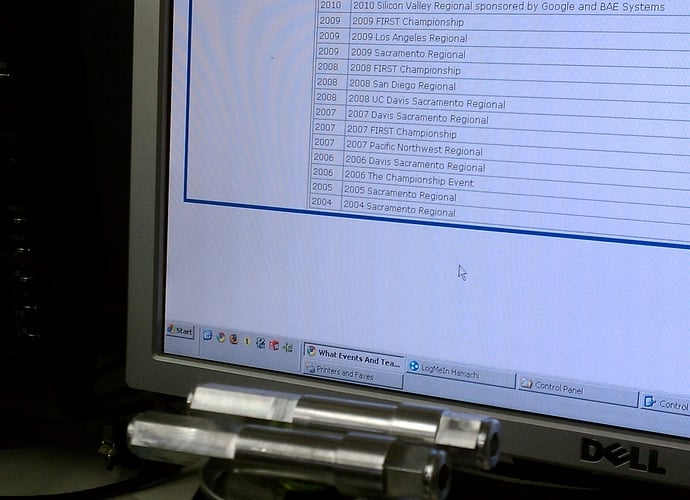 Can you tell which one of these was CNCd by a sponsor during season, and which was made today on our less than stellar manual mill and lathe. Both shafts are identical in dimension (all well within the very tight tolerances), and function.

I’m a bit impressed with the student.

I will guess that the one closest to the computer monitor is the CNC’d one.

Could be either one though. The grease on the one further from the monitor tells me 1 of 2 things. Either this part was in use on a robot and therefore a bit dirtied up, or 2 it was manually machined and the machinists hands were obviously a bit dirty.

Either way, great job by the student!

The shaft in front is the one made in house, the hexes not being aligned gives it away.

Thanks for the kind words!

Bravo to the student (and the mentor who showed him how)!