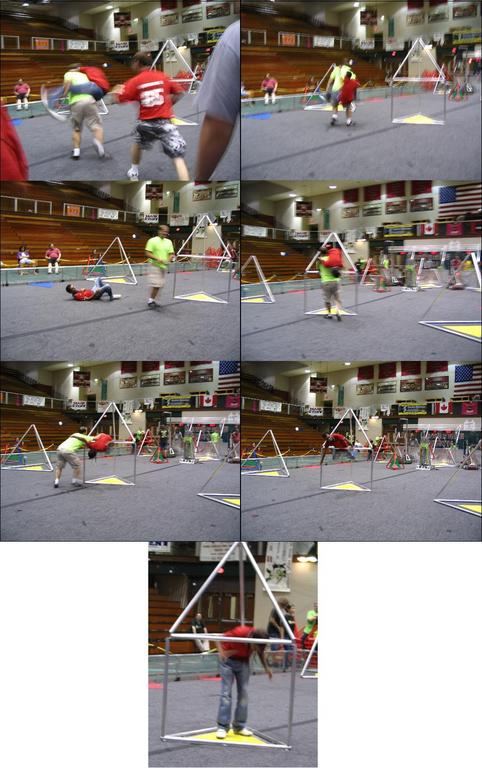 hahahahaha… I knew that the mentors go crazy too just like us.

Whew… I was just thinking that its just me and tytus who did crazy things, like piggy back rides, throw each other around, beat each other up. Now looks like Paul, Karthik and Ken had some fun too.

When do we sign up for volunteering at IRI 2006?

Im suprised the Neon Green Bellied Copioli wasnt shaking in his boots, i guess he thought he could rough people up cause i wasnt around, Next Year PAUL!!! :-p

Hahaha, I’m surprised that you got shots of this, Karthik and Paul were both running pretty fast!

Who leaked the secret pictures? Who failed at their job of destroying the evidence? Shouldn’t these be hidden away with JFK pictures and such.

Just kidding, glad someone is having fun with robotics this summer.

Haha that’s so awesome…wow I wish I was there!

I wish there was video of this, because he squealed like a pig.

I haven’t laughed that hard in a long time.

What happens when 120lbs of Ccanadian…?

You’re being a bit generous there, aren’t you Paul?

Thats true Paul. But you gotta remember what makes up 115 pounds of Karthik’s body weight. Its that big head of his.

hey if me and jeff had to run from paul then i dont know about big mike haha.