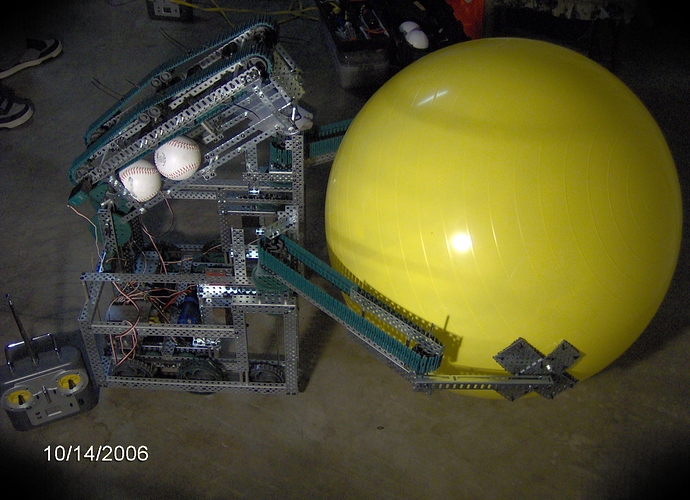 The Sea Monkey doing what it does best. We never utilized the hugging feature as much as we should have, but once it hugged a ball into a wall or corner, it wasn’t moving.

Our robot literal was the 18" cube and was the heaviest robot I saw, even heaver than some of the bigger ones at championships.

that has got to be the coolest looking bot that i have seen in a while. What kind of sucess did you guys have with it?

we were knocked out in the semi’s by the team we mentored with a very similar design.

We were paired with 1138’s vex team, and awesome scorer and another robot. Every match where 1138 scored and we held the ball we won, but we deviated from the strategy too much I guess. We had completely rookie drivers in though so I’m still impressed witht their performance.