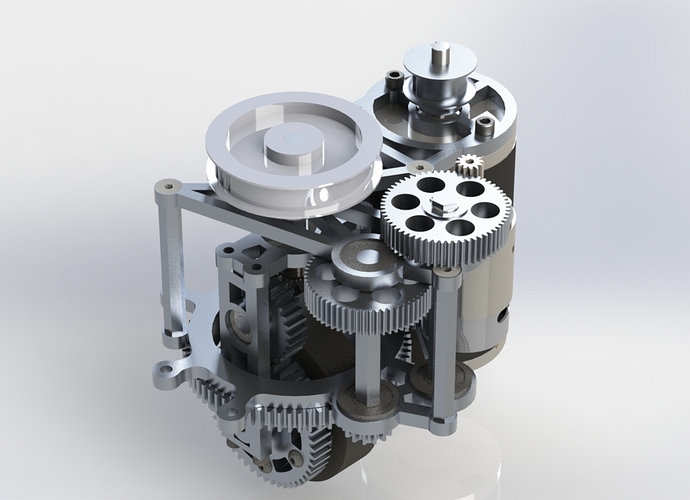 GBX-123, a swerve drive with a dropped wheel.
This uses a Team 16 style bearing incorporated into a 72 tooth gear, only instead of the gear being below the axis of the wheel it is above it. This allows the module to drive over bumps like those present in this year’s game, to an extent (limited by the CIM, although that can be raised with little difficulty) I have not measured exactly what grade slope it can handle before the CIM scrapes the ground.
Weighs 5.48lbs with all screws, etc. This could be reduced by making the top plate 3/16", but I wanted a uniform thickness. Every single plate can be waterjetted, and the only gear modifications are lightening holes on the 60t 32DP gears from WCP, and the groove for the delrin balls in the 72t gear. There are various secondary operations like tapping, countersinking, and drilling out, but nothing major. There is also some minor lathe work to make the shafts.
PM me for CAD.
system closed January 5, 2020, 12:45pm #2