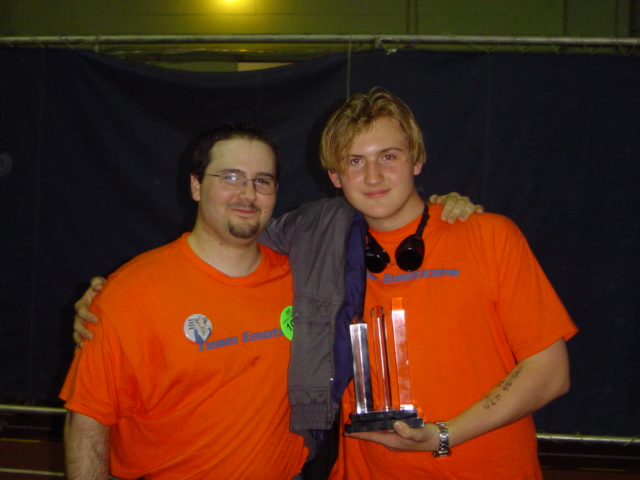 ooooo yeah thiers george and ower driver charles. Its amazing how he literaly over night took to the controls like a fish to water and the same thing with ted ower human player its like he was born for this game.

ahhhh, so thats george. he had a smile on his face every single second throughout the entire competition- and yes, kudos to their driver (and HP)… amazing how he managed to get every single ball on the field every round…

their award was well-deserved, being the fastest and most manueverable team at chesapeake.