pic: Go Moe! (Thanks from the ThunderBolts) 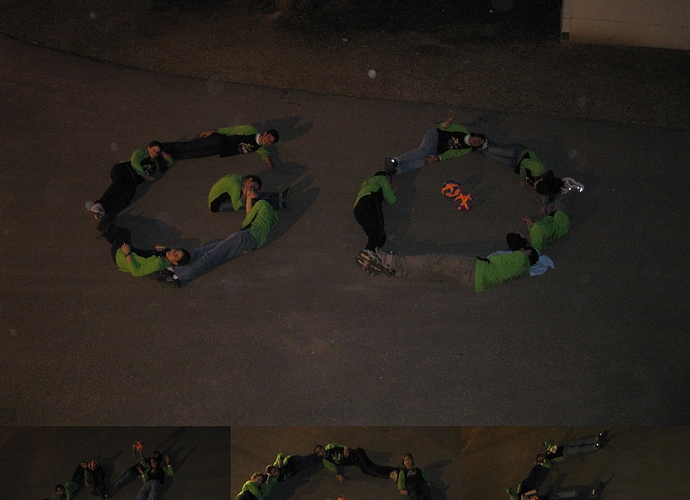 Israel, shockingly enough, is not home to even a single walmart!
this also means that Israel’s first and only Orbitballs were found on January 4th, 2009 inside black totes

Teams in Israel have always had a more difficult task at hand when it came to getting parts (compared to our US and Canada counterparts - I don’t think Brazilian and European teams have it any easier than us… nor will the Kiwis.) but this year was special. we couldn’t even come close to getting orbitballs! walmart doesn’t ship them overseas… the company doesn’t ship them… no one ships them!

well… someone does ship them! MOE does!

when MOE Heard of our problem they decided to help a fellow FIRST team and they offered to ship us two of their orbitballs!

The Team wanted to say thanks in a special way so this is our thank you to MOE and Kyle Rice, your spirit is truly inspiring!

Thats awesome Moe! And what a great way to thank them!

Were any other teams informed of this?

It would’ve helped if even more teams were aware of the situation.

Give anyone an address to ship to and we’ll try to get as many as we can out there.

Were any other teams informed of this?

It would’ve helped if even more teams were aware of the situation.

Give anyone an address to ship to and we’ll try to get as many as we can out there.

Well, the situation has improved slightly since then. FIRST-Israel has made arrangements to ship 3 additional balls to each team in Israel. (47 teams this year! :ahh: ).

I would redirect to the Israeli forum: http://FirstAid.firstisrael.org.il
but it’s in Hebrew so…

I appreciate your enthusiasm, but I think I’m missing your final note…
would you like me to connect you with a team that is need of orbitballs?
My problem is that that’s pretty much all teams so I wouldn’t know who to direct you too…

I’m guessing that during prototyping Israeli teams will pool together and perhaps sets of 3 teams can be formed for a total of 12 balls (should be pretty sufficient for most teams I would think).

Thanks for the response and thanks again to MOE and Kyle

A big personal thanks to Kyle Rice for making this Orbit Ball delivery to Isreal happen.

Hope all is well. Happy building.