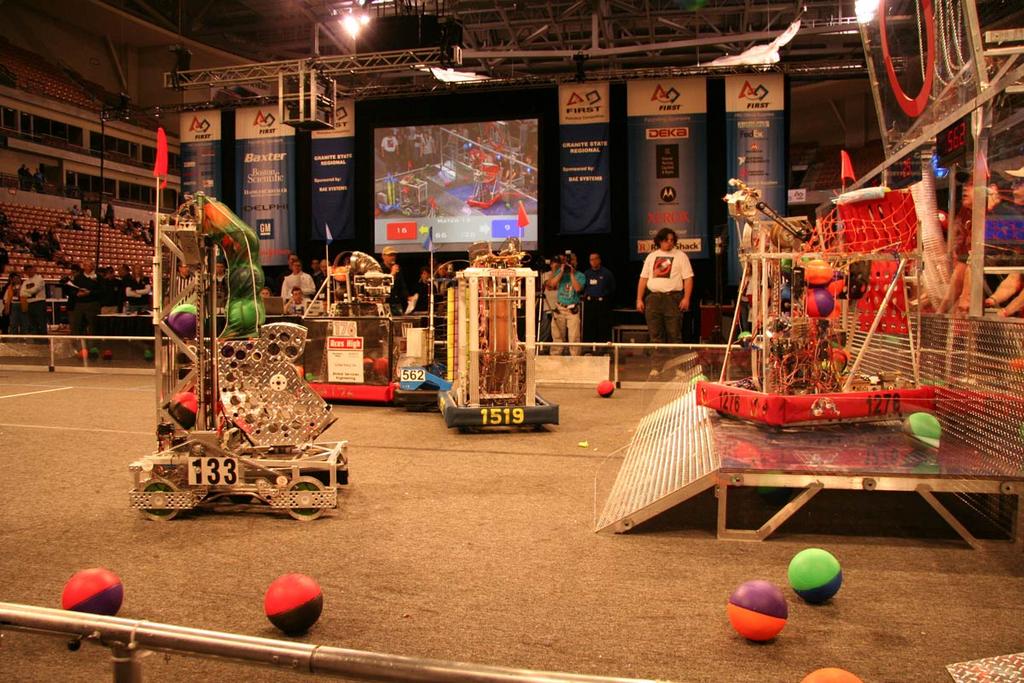 Background: First Round of the GSR Finals. Autonomous mode gave the red alliance a lead of 16-0, which was cut to 16-9 during the second period. Mechanical Mayhem (1519) was lined up for a shot at the start of the third period, but had suffered a mechanical problem with their shooter due to a collision in the 2nd period with the robot of Aces High (176). As a result, Team 1519 was prevented from unloading into the high goal. However, the opposing alliance was unaware of this, and started to double-team 1519 as the third period got underway.

Believe it or not, in this photo, 1519’s robot has just pushed both defenders (562 and 176) across the field away from the platform, leaving BERT (133) and Kaizen Blitz (1276) to fire away at will. Moments later, Kaizen Blitz had emptied their hopper into the high goal, giving the red alliance a commanding lead.

The red alliance continued on to a victory of 57-20.