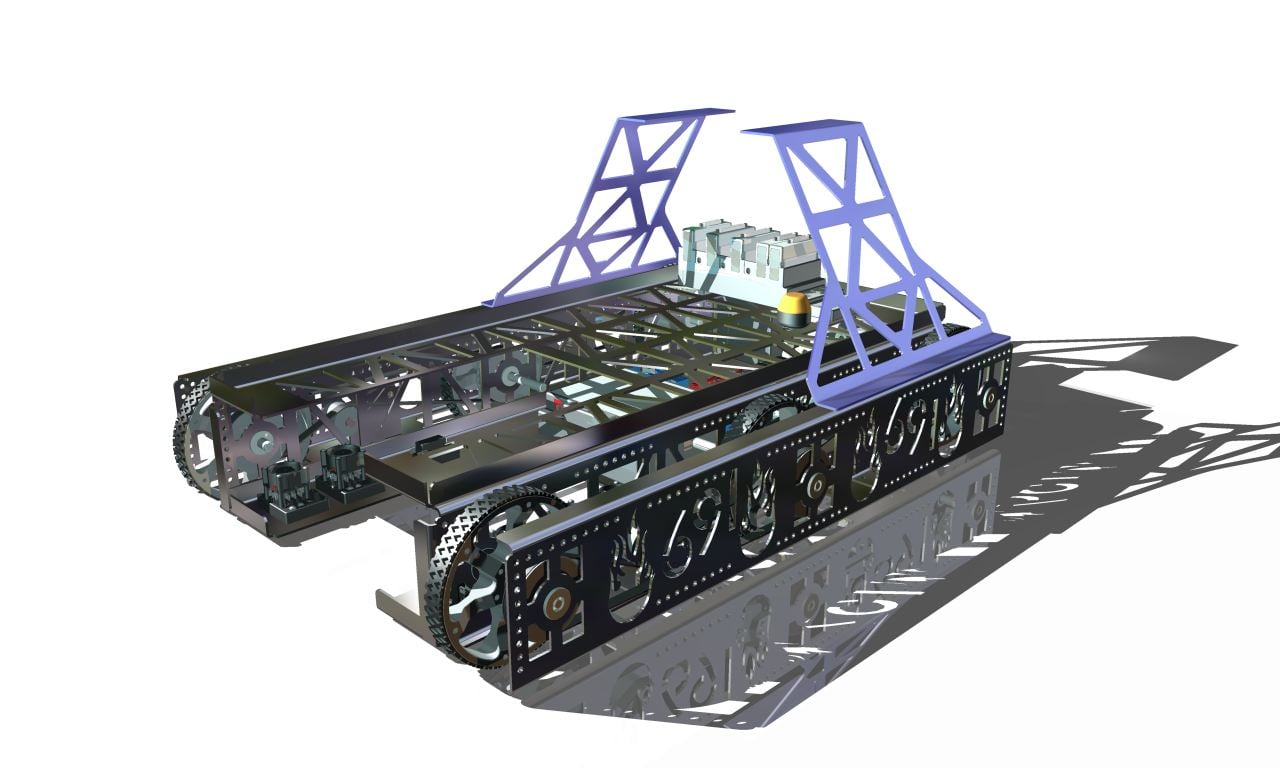 I realize that this is not for the competition, but what was your thought behind the light blue metal pieces that stick up from the rest of the chassis? Are they mounting spots or something? Overall though, this is very impressive.

How much would this system have weighed? Good work, by the way.

Thanks for the compliments.

The light blue metal things were just things that I added when I was bored. They would have been used for some sort of superstructure.

Currently with everything shown the robot weighs around 55 lbs

This thing looks like a tank! you should enter it in BattleBots and name it the Blue-Horned Devil! XD Very cool design though. It looks very rugged and durable, and who knows maybe your team can use it in a future game.

All I can say is WOW! Beautiful detail, nice perspective and excellent shadows. Looks real.