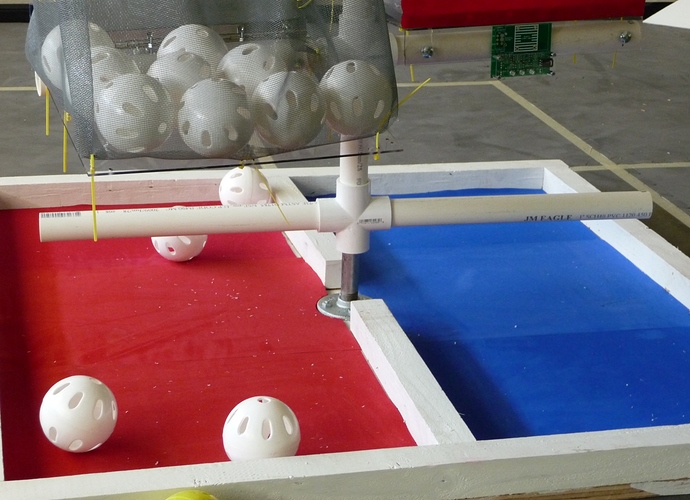 Anyone want to conjecture on this with me? Teams that get stuck inside the walls of the center structure will get hit with unintended high-goal contact penalties while trying to get out.

Am I interpreting that correctly? It appears the intent is to keep robots out of the middle (which is a good thing, imo).

Thanks for the great picture Madison.

Jesse,
I think we can assume that there is not a rule prohibiting a robot from entering the low goal area, but they would subject themselves to inadvertent contact of the goal and would be penalized for each time they touched it.

I’m unable to find something that explicitly prohibits robots from entering the low goal area, but I am curious how strictly this text from <SG11> may be interpreted:

b. Blocking any Goal by a mechanism of a Robot that is located within the Center Field Structure is not allowed. Each blocked ball will be awarded the points it would have received had it Scored and repeated offenses of this rule will result in a team disqualification.

If a robot is inside the perimeter of the center goal and the opposing alliance attempts to score, is the robot inside considered to be blocking?

The question would be whether the field structure is just the surface of the field or if it extends to the rectangular prism that is the area above it?