pic: How heavy is your frame? 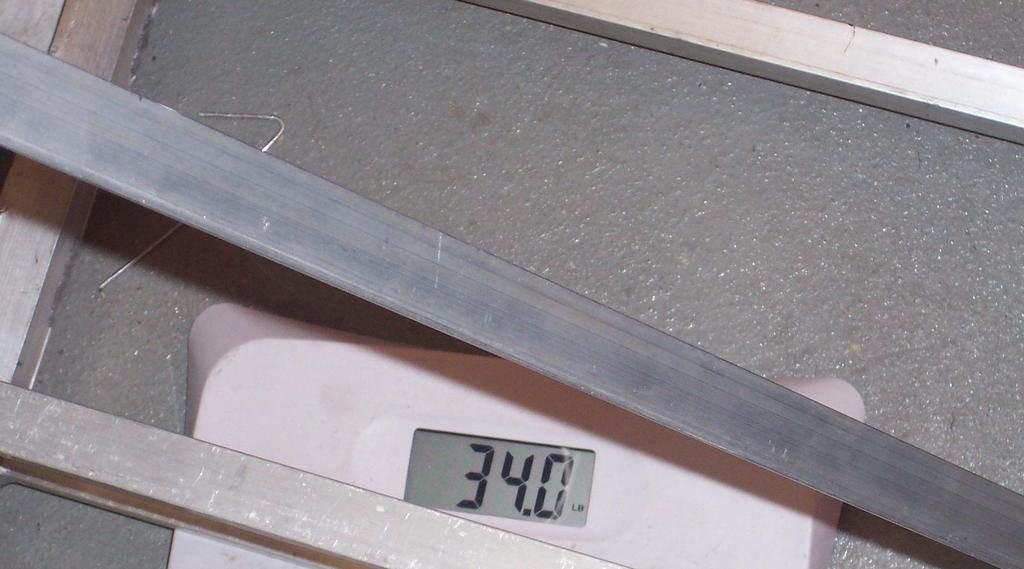 What is the wall thickness of the square alu. that you used.
We started with .125 but, went to thinner wall because it was too heavy.

kit chassis, so that with the transmissions is about 30 pounds I think. Pretty light I think.

this year were using an omni-wheel design so our base is a square piece of metal, we have four gear boxes with a motor on each of them, so each gear box with motor and wheel attached weighs about 10.6 pounds, x4 = 42 pounds + the added wieght of the base is about 10-15 pounds (guess) so our base with motors and wheels is about 52-57 pounds.

our base frame (no motors or anything - just welded aluminum) is about 15 lbs.

857 is looking at about 8 lbs just the frame thanks to Luke, the greatest Mech Eng student ever.

0 lbs!!! Maybe thats just becuase I am no longer on a team though…

Er…too many late nights at the lab. I need some coffee.

Ours is around 20-25lbs. It’s the kit chassis plus some 1X1X1/8 and fiberglass composite board.

Update: our chassis and most of our arm, including drive train, is only 55lbs…this year might be good for weight.

before lightening, adding the drivetrain and including the wheels, our chassis was 68 lbs. now its…lighter.